The paper in Nature Microbiology is here: http://rdcu.be/Fh0i

While African trypanosomes are the scourge of the livestock of large parts of Africa, most trypanosome species are unable to infect humans. This is due to the presence in human blood of large molecular complexes, the trypanolytic factors. These have an active ingredient known as ApoLI, which gets inside trypanosomes and causes cell death.

However, two species of trypanosome are able to resist the effects of ApoLI and to infect people in Africa, causing sleeping sickness. Of these, Trypanosoma brucei rhodesiense causes the most acute disease. Remarkably this parasite differs from its closest cousin by the presence of copies of a single molecule, a protein called SRA, which binds directly to ApoLI. The presence of SRA is sufficient to allow T. b. rhodesiense to resist ApoLI, to grow within human blood and to cause human disease.

Although the importance and identity of SRA had been known for ~20 years, we did not know what SRA looks like, or understand how it binds to ApoLI and prevents trypanosome cell death. Therefore, funded by a grant from the Medical Research Council, Sebastian Zoll started work to persuade SRA molecules to assemble into an ordered crystalline array, which would allow him to use x-ray crystallography to understand its structure. The SRA molecule proved very resistant to forming crystals, and the crystals that did form lacked the degree of order that would allow the structure to be determined. In a heroic effort, Seb found the solution. He produced a panel of monoclonal antibodies that bind to SRA. It was one of these antibodies in a complex with SRA which formed crystals with enough order to allow him to solve the structure. For the first time, we could see what SRA looked like and could determine which region of SRA forms the interaction with ApoLI. We could also see why SRA had been so difficult to study in this way, with a disordered region getting in the way of crystal packing!

So, what did we learn from seeing the shape of SRA? Firstly, it had been suspected for a number of years that SRA would look like one of the VSG molecules that coat the outer surface of trypanosome cells, protecting them from being destroyed by the human immune system. While SRA did share features with the VSGs, it also had significant differences. In particular, the surface of SRA equivalent to the surface that the VSGs use to assemble together in pairs was blocked in SRA by an inserted helical element. This has major implications for how SRA works. This insertion prevents SRA molecules from binding to ApoLI molecules using a mechanism similar to that used by VSG molecules to form pairs; a mechanism which had been proposed previously.

This work has given us the first view of what the SRA molecule looks like, and has identified the region of SRA which binds to ApoLI, but there are many mysteries remaining. Not least, what is the region of ApoLI which binds to SRA and how does this binding block the function of ApoLI? We will continue to delve into the details of this mysterious interaction, both aiming to understand how this trypanosome species can survive within human blood, and trying to find ways to block this interaction, and to prevent the development of human sleeping sickness.

The paper in Nature Microbiology is here: http://go.nature.com/2DuQ26i 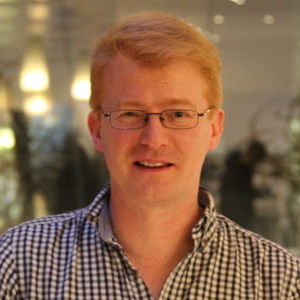