The paper published in Nature Communications can be found here: http://go.nature.com/2nsSznL

Colistin, also known as polymyxin E, was first used to treat Gram-negative infections in the late 1950s. However, in an era offering a plethora of alternative compounds, toxicity concerns relating to colistin usage resulted in its retirement from the clinic in the early 1980s. A few decades later, in the midst of a global resistance crisis, colistin has been reintroduced into the clinic. With the rise of carbapenem-resistant infections, colistin now occupies a critical niche as a last-resort treatment option. As such, the discovery of the first plasmid-mediated polymyxin resistance gene (MCR-1) in November 2015 by Liu et al. sparked widespread alarm within the scientific and medical communities. Only a few months later, mcr-1 had been found worldwide, and colistin seemed to be back on its way to an unwanted early retirement.

As with any discovery of a new antibiotic resistance gene, the identification of mcr-1 initiated an onslaught of research to characterize its spread and determine its mechanism of action. This project began when Jon Stokes, a PhD student in the lab, was tying up loose ends on a project that identified pentamidine, an antiprotozoal drug capable of potentiating traditionally Gram-positive targeting antibiotics into Gram-negative bacteria. We were curious to see if pentamidine would still potentiate antibiotics in bacteria expressing mcr-1, given growing concerns over this newly identified resistance gene. To test this, he performed a checkerboard assay, which creates an 8 x 8 matrix of two compounds together at various concentrations. In this experiment, pentamidine was combined with rifampicin and tested against E. coli expressing mcr-1. Colistin was added to the media, simply to select for maintenance of the plasmid carrying mcr-1. When Jon looked at the plates the next day, he noticed that in the absence of any pentamidine, the minimum inhibitory concentration of rifampicin was much lower than expected. Following a hunch that this data was real and not a mistake in setting up the assay, he repeated this checkerboard to look for a potential interaction between colistin and rifampicin, against the same strain of E. coli expressing mcr-1. This experiment displayed some of the most potent synergy we have ever observed in the lab (Figure 1), and as we recognized the potential clinical importance of this observation, we rushed to further explore and characterize this interaction.

Just over a year has passed since this serendipitous observation, and the project has come a long way from this first assay. The project was taken up by Craig MacNair, a PhD student in the lab who completed a few hundred more checkerboards and made a trip to Winnipeg during the middle of winter, as it’s less paperwork to ship a graduate student to conduct the experiments than to ship and receive ten strains of MCR-1 bacteria. Along the way, we hope to have proven that while mcr-1 protects bacteria from the killing activity of colistin, the ability for colistin to disrupt the outer membrane remains largely unaffected. Through exploitation of this observation, we have identified a number of antibiotic/colistin combinations that work at concentrations obtainable during standard clinical dosing. Encouragingly, we show efficacy of colistin/clarithromycin combination treatment during murine models of mcr-1 positive K. pneumoniae. We believe this work will further our understanding of mcr-1 and encourages others to investigate the clinical potential of colistin combination therapy against otherwise untreatable infections. 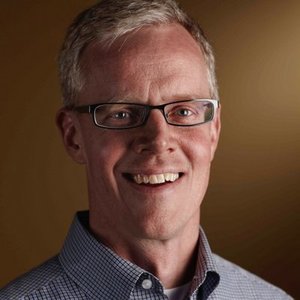