The paper in Nature Microbiology is here: http://go.nature.com/2ImSCdg

Written by Jonathan Knowlton and Terence Dermody on behalf of the authors.

As intracellular parasites, viruses hijack components of the cell to accomplish each step in a replication cycle. For years our lab has been interested in identifying these host proteins and exploring the molecular mechanisms by which these proteins aid viral replication. Our goal has been to expand an understanding of the basic biology underlying viral infections. To this end, we have studied mammalian orthoreovirus (reovirus) infection of eukaryotic cells.

Reoviruses are ubiquitous in nature and, over the years, we have learned much about the different host components required for viral attachment, entry, endosomal trafficking, and uncoating (Fig. 1). Most of these studies uncovered key mediators of early steps in viral replication, but by design, were unable to identify host factors operating late in infection. Recent advances in robotics, liquid handling, and high-content imaging enabled us to develop a two-step RNAi-based screen to identify host proteins required for late steps in viral replication. Originally, we set out to discover proteins essential for reovirus egress but expected to find a diverse array of cellular genes required for viral genome replication, particle assembly, and replication factory formation.

Figure 1. Model of the reovirus replication cycle and known host proteins and cellular machinery that participate in each replication step. Adapted from model created by Danica M. Sutherland.

After completing the screen and analyzing the data, we were struck by the identification of numerous subunits of the TRiC chaperonin as top candidates. TRiC is required for life and functions in the eukaryotic cytoplasm to fold a subset (~10%) of cellular proteins, most notably actin and tubulin (Fig. 2). Subsequent validation confirmed that TRiC is required for reovirus replication and viral protein expression. In addition, imaging studies demonstrated that intracellular TRiC redistributes to viral replication factories.

Based on the known function of TRiC, we hypothesized that this chaperonin engages in the folding or assembly of one or more of the viral polypeptides. TRiC aids in the folding and assembly of complex oligomeric structures, such as microtubules and the Von-Hippel Lindau/Elongin-BC complex, and we were intrigued by the possibility that TRiC may perform a similar function for the highly ordered, repeated capsid components of reovirus. A series of co-immunoprecipitation experiments profiling the TRiC interactome in infected cells revealed that TRiC specifically interacts with the reovirus σ3 major outer-capsid protein (Fig. 3).

At this point, we reached out to Judith Frydman at Stanford University, an expert on TRiC biology and protein folding. In a collaborative effort with the Frydman lab, we took advantage of the rabbit reticulocyte-based in vitro translation system and purified recombinant human TRiC to demonstrate that TRiC is necessary and sufficient to fold the σ3 protein into its native state. In addition, we discovered that TRiC folds σ3 into a conformation capable of assembling into the mature reovirus outer capsid. Finally, we discovered that homologous capsid components of evolutionary disparate Reoviridae viruses also form a complex with TRiC, pointing towards a conserved mechanism of capsid folding and assembly (Fig. 4).

Our understanding of how viruses co-opt the host protein folding machinery to build new particles remains limited. The identification of TRiC and its function in folding reovirus σ3 expands this understanding, but key questions remain unanswered. Why do some viruses require TRiC, while others do not? What is the molecular mechanism underlying TRiC-mediated viral capsid folding? Is TRiC a viable target for the development of broad-spectrum antiviral drugs? These questions and others fuel our research, and we are excited about what we will learn in the future. 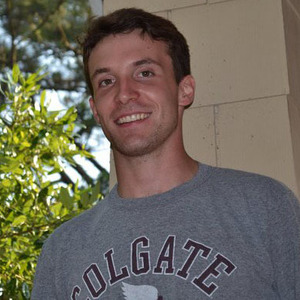