Novel insights into the physiology of biological methane production

One of the most intriguing and well-studied objects in the Solar System is Saturn’s icy moon Enceladus. On Enceladus’ south pole jets of water ice emit several hundred kilometers into space.

The paper in Nature Communications is here: http://go.nature.com/2FCWDtr

Almost five years ago we hypothesized that methanogenic microorganisms could grow on inorganic compounds in the presence of several inhibitors and with high pressure. Chemolithoautotrophic methanogens are metabolically versatile organisms that are able to grow under extreme environmental conditions on Earth. These organisms are found in diverse habitats from submarine hydrothermal vents to permafrost soils and they can thrive in a wide range of temperatures from below 0 up to 122°C. The energy metabolism of methanogens is considered to be ancient. For these reasons, methanogenic life could be compatible with environmental conditions that were detected on extraterrestrial bodies throughout the Solar System. In particular, the environmental conditions prevalent on icy moons could support methanogenic life-as-we-know-it.

This prompted us to experimentally address if hydrogenotrophic, autotrophic methanogens could produce CH4 under putative Enceladus-like conditions. The experiments were based on a sequential experimental design that encompassed the individual assessment of the physiology of Methanothermococcus okinawensis with respect to broad concentration differences of gaseous inhibitors (Figure 1), liquid inhibitors, and high pressure. Then these experimental conditions were integrated to perform biological H2/CO2 to CH4 conversion with M. okinawensis a bioreactor. Some challenges of the project were to perform the DoE experiments because the analyses intervals were in 12 hour intervals including a 2 hour cool down time of serum bottles, and also the high pressure CH4 production were challenging, as the bioreactor was located in bunkered basement, and once the experiment had been started the room could not any longer be entered. We found that M. okinawensis was able to produce CH4 under simulated Enceladus-like conditions at 50 bar with the presence of different gaseous and liquid inhibitors.

In the context of the search for life in the Solar System, the physiological capabilities of methanogens make them of great interest to study and they could help to expand fundamentals of the physicochemical limits of life. The results of this study also underpin the potential for microorganisms from Earth to contaminate icy moons thus making it necessary that future space missions, with endeavors in the search for extraterrestrial life, consider planetary protection regulations. We hope that our study motivates scientists and engineers to plan missions to search for life on icy moons of the Solar System. 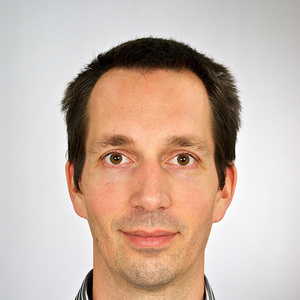