Seaweed snacks for our gut bacteria

Uncovering the mechanisms of agarose digestion in the gut

The paper in Nature Communications is here: http://go.nature.com/2FMIbkV

The study of microbial enzymes that break down the complex polysaccharides found in seaweed hit science primetime in 2010 when Hehemann et al. reported the discovery of genes in the gut microbiota of Japanese populations that were proposed to encode enzymes catalyzing the breakdown of porphyran, a seaweed polysaccharide of the algal galactan family. This led to the so-called “Sushi Factor” hypothesis, which proposed that specialized polysaccharide utilization loci (PULs) may have been acquired by horizontal gene transfer from marine organisms in order to expand the metabolic capabilities of the human gut microbiome. Two years later, Hehemann et al. provided compelling biochemical support for the Sushi Factor hypothesis, while also expanding the known phenotypes of gut microbiome inhabitants to include species that metabolize other common algal galactans, i.e. agarose and carrageenan. Thus, a unique puzzle was being assembled revealing how PULs acquired by “updates from extrinsic microbes” might confer a selective advantage to the organisms inhabiting the densely populated and competitive environment of the human gut. However, the picture emerging from the puzzle was incomplete.

The isolate from the human distal gut, Bacteroides uniformis NP1, is able to grow on agarose and displays the characteristic “pocking” phenotype when plated on agar. However, in 2012 when this revelation of metabolic capability was made, the genome sequence of B. uniformis NP1 was not available and thus exploration of the molecular mechanisms underpinning agarose saccharification in a gut microbe lagged behind that of porphyran. In mid-2013, the sequence of the B. uniformis NP1 genome became available, and our team set to work on locating and annotating the agarose pathway responsible for conferring the agarose digestion to this microbe. Using genes encoding family 117 and 86 glycoside hydrolases (GH), which are hallmarks of algal galactan degradation pathways, as a starting point, we identified and annotated a complete PUL (Ag-PUL) that was likely active on agarose. Armed with this information, we began our analysis of this PUL by examining the glycoside hydrolases thought to be involved in agarose saccharification.

The identification of the two conventional endo-β-agarases (i.e. GH86 and GH16B) as well as the characterization of GH117B and GH2C, the two enzymes the systematically remove the two monosaccharides of agarose (i.e. d-galactose and 3,6-anhydro-l-galactose) in a step-by-step manner, confirmed the primary glycan substrate of this PUL by revealing a pathway for the complete saccharification of agarose.

To explore the role of the Ag-PUL in conferring an advantage to B. uniformis NP1, we devised an experiment whereby the growth media of a closely related but non-agarolytic strain of B. uniformis was supplemented with the full complement of agarases and incubated on agarose substrates. We correctly hypothesized that the presence of the agarases would be sufficient to unlock d-galactose from its refractory linkages with 3,6-anhydro-l-galactose and allow the bacterium to utilize this common sugar. In addition, this non-agarolytic strain was unable to grow on the products left over after growth of B. uniformis NP1 on agarose, confirming that indeed the enzymes themselves are critical for conferring a selective growth advantage to the parent bacterium.

The discoveries outlined in this paper showcase the elegant adaptation of the B. uniformis NP1 genome to match the complex heterogeneous polysaccharides present in the diets of people that eat seaweed, and uncover more puzzle pieces towards revealing the incredible picture of how the gut microbiota evolved alongside the human diet. 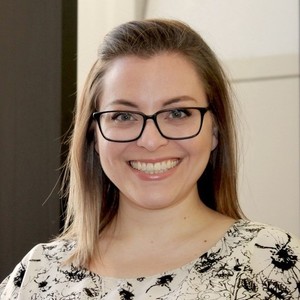