Menu
A community from Nature Microbiology
Contributor Microbiome
In the news

Microbiome and cancer in the age of precision medicine

Recent studies that demonstrate a striking impact of microbiome composition on the efficacy of certain cancer therapies shed a new light on the the role of the microbiome in cancer development and treatment .

The last decade brought a major perceptional change to the field of microbiology. After years of adapting next-generation sequencing (NGS) technologies to whole genome sequencing and transcriptomics projects in single bacterial species, researchers had just started to use the wealth of novel data in host pathogen interaction studies with a defined mechanistic focus. At the same time, the rapid development of sequencing technology spurred the emergence of studies focused on the systems biology of complex bacterial communities in the context of the human host1–4. Such studies were facilitated by larger research initiatives studying the human microbiome5,6 which allowed for a rapid increase in available data sets and the subsequent integration of additional “omics”-technologies7,8. These multi-omics approaches finally enabled the evolution from descriptive microbiome composition studies to functional studies, which revolutionized our understanding of the impact microbiome composition can have on human health9–12. Today researchers are trying to integrate metagenomics, metatranscriptomic and metabolomic approaches to learn how microbiome and host interact in health and disease1,7. However, this research is still in its early stages and multi-omics studies performed in large cohorts of patients and healthy individuals are required13. Furthermore, technical hurdles like the complications in identifying individual microbial species and sequence variants in metagenomics datasets still hamper the ability to make functional correlations1,13.

Some aspects of microbiome host interactions, which recently came into focus, attract multi-omics scientist and molecular biologist, following reductionist approaches, alike. One especially interesting aspect is the link between microbiome and the development of cancer14. It is of note that although this link  is well established our knowledge is still limited and the current state of the art indicates that the impact of the microbiome on cancer is multifactorial. Furthermore, it is very likely that microbiome and cancer affect each other in a bidirectional manner which means that cancer development changes microbiome composition while such changes also contribute to cancer progression13. In addition, it is still under debate if microbiome alterations can cause cancer or if they are merely associated with the disease. During carcinogenesis normally tightly regulated host processes, such as immune activity and cellular metabolism, run out of control and microbiome perturbations or the presence of specific bacterial species have been associated with such changes in cellular control14. Initially, functional studies which were performed in cell culture and animal models, demonstrated for example the ability of certain bacterial species to affect DNA integrity15,16,17, deregulate signal transduction18,19,20, modulate  host cell proliferation rates by interacting with the intercellular adhesion molecule E- cadherin21,22 or induce so called bystander effects that damage host cells23. Such activities have been associated with tumor development and in some cases epidemiological studies underlined a possible functional link14. In addition, bacterial toxins can drive senescent host cells, which cease to divide, into secreting growth factors that can stimulate surrounding epithelial cells to increase proliferation and in turn enhance tumor growth24. Furthermore, some bacterial species were shown to promote protumorigenic immune responses such as T-helper-17 (Th17) driven inflammation25,26, or block the tumor-killing capabilities of cytotoxic immune cells which can enable tumor progression and persistence27. Recent reports support a close functional relationship of microbiome and tumor development by demonstrating that distant tumor metastases contain the same bacterial species like the primary tumor28 and that anti-bacterial therapy hampers tumor development28,29,30.

In contrast to the tumor promoting activities of some bacterial species, others seem to be able to suppress tumor development and disease progression13,31. It has been reported that some members of the microbiome can augment dendritic cell function thereby increasing tumor-killing capabilities of cytotoxic T cells32. Furthermore, metabolites generated by the microbiome play a major role in host cell metabolism. For example short-chain fatty acids such as butyrate are generated by microbial fermentation of dietary fibers and are used as energy source by cells of the colon. Tumor cells however prefer glucose and starve at high butyrate, low glucose conditions33,34. In addition, butyrate can promote tumor cell apoptosis and inhibit cellular proliferation by epigenetic modifications33. A recent study indicated that a bacterial skin commensal produces a substance that can inhibit tumor growth, hinting at the possibility that the microbiome of some individuals may confer protection against skin cancer35. It has been discussed that especially the anti- tumor immunity stimulating activities of some bacterial species might potentiate cancer immunotherapy13. This indicates that cancer therapy should be guided by in-depth knowledge of the impact of the microbiome on certain therapeutic strategies. The most important lesson we can learn from emerging studies linking tumorigenesis and microbiome composition is the fact that the complexity of the microbiome and the differences in each individual might require a personalized therapeutic approach based on the individual microbiome composition. This adds to the complications faced by modern precision medicine and will inform the development of future therapeutics in oncology and other medical disciplines. It is possible that a panel of bacterial marker species will be checked before clinicians decide on the therapeutic approach. Recent studies exemplified the importance of such considerations by linking the efficacy of immune checkpoint inhibitors in the treatment of melanomas and other epithelial tumors to the compositions of patients’ microbiomes36,37,38.  These studies suggest that especially the diversity of the intestinal microbiota has clear implications for cancer treatments that are based on modulation of immune functions like e.g. immune checkpoint inhibitors. In the light of these and other studies, microbiome diversity affecting, anti-bacterial therapy will have to be carefully evaluated for detrimental or positive effects in tumor development, progression and therapy.

During the next decade research in the field of microbiology will be dominated by an even greater integration of multi-omics and mechanistic studies that will bring together researchers with diverse interests ranging from clinical studies and patient data to basic science performed in cell culture and humanized animal models.   Such studies will span an array of disease entities and will not only drive medical discovery but also spur opportunities for a growing scene of biotech companies with a focus on novel microbiome derived therapeutics and the development of specific disease inhibiting or therapy modulating probiotics. 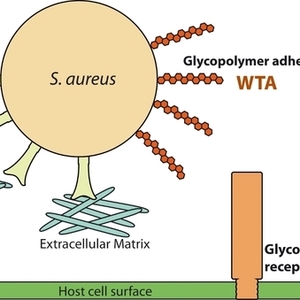 Christopher Weidenmaier studied biology and earned a Ph.D. in microbiology from the University of Tübingen, Germany. He held postdoctoral positions in the laboratories of Andreas Peschel at the University of Tübingen, and Jean Lee at the Division of Infectious Diseases of the Brigham and Women's Hospital and Harvard Medical School, Boston, Massachusetts, USA. Since 2009, he has worked as an independent principal investigator at the Interfaculty Institute for Microbiology and Infection Medicine, University of Tübingen. His research is focused on the role of cell wall polymers of Staphylococcus aureus in staphylococcal pathogenesis.
Follow

Where Can I Publish My Global Health Blog Post or Op-Ed?
Contributor
In the news, Gallery

+2
Xiaodong Alan Zhuang and 2 others
Nature Milestone: Vaccines
Nature Collections
In the news

Nicole Jackson
Changing lives, one by one by one
Contributor
In the news, Journal Club, After the Paper