Predisposing factors of weight loss: Our genes, our minds, and our bacteria

It’s an intriguing thought experiment, and one that is a refreshing deviation from the traditional diet dogma of calories in vs. calories out.

The Microbiome Meetup team joined an event hosted by Agency to hear Dr. Christopher Gardner talk about his work on the topic, which seeks to find links between human genotypes and weight-loss diet effectiveness. Dr. Gardner of Stanford Prevention Research Center recently published the results of a decades long journey comparing the effects of a healthy low-fat (HLF) and healthy low-carbohydrate (HLC) diet on weight-loss. The study (called DIETFITS) enrolled 609 participants who were randomly assigned to one of the two groups for 12 months. He and his team collected a wealth of data related to participant’s genotypes, insulin secretion, and microbiome, with the hopes that they might be able to predict who would be more successful on which diet.

As it turns out, weight-loss between the two groups was exactly the same. “The results were unmistakable,” said Gardner, flipping to a slide with diagrams showing weight loss in the cohorts - “the two graphs are identical!”

The next slide featured a similar diagram showing that neither insulin secretion or genotype was helpful in predicting whether a low fat or low carb diet would be better for weight loss. “I had a bit of a breakdown at this point,” Gardner admits with a grin.

In some ways, the results are highly validating for those of us who have been skeptical of the low carb/low fat diet hype all along. Yet despite disproving his original hypothesis, the DIETFITS trial is in many ways, a huge success story.

Unique in its study design, the trial encouraged participants to focus on quality, minimally-processed whole foods in lieu of traditional calorie-counting. Registered dietitian health educators led 22 small-group instructional sessions where they discussed strategies to maximize vegetable intake and minimize the intake of added sugars, refined flours, and trans fats. Participants were introduced to the concept of mindful eating, were encouraged to cook at home, and were empowered to define for themselves what the lowest level of maintainable carbohydrate or fat intake was for them.

Despite the lack of explicit instructions for calorie-intake, individuals naturally reduced their calories by an average of 500-600 kcal/day. “Both quality and quantity matter,” says Gardner, in response to the recently-published New York Times article on his research claiming otherwise. It appears however, that when instructed to focus on whole, quality foods, the quantity becomes self-regulating. It is simply much harder to over-indulge on whole, fiber-rich, minimally processed food.

The weight-loss experienced by individuals enrolled in the DIETFITS trial makes a compelling case for health-coaching in small sessions where participants can benefit from the support and accountability of a group. It would be interesting to see additional research into the benefits of this method, as well as mindfulness-based approaches to weight management.

Like many good studies, DIETFITS actually raises more questions than it answers. Within both the low carb and low fat cohorts, researchers observed that some people had significant weight loss of up to 60 pounds, while others lost far less. A smaller group still were found to have gained significant weight on the study, with one participant gaining up to 20 pounds. This pattern is almost identical among the two cohorts, and is one that Dr. Gardner and his team have seen repeated in previous studies. Future research hopes to elucidate this wide range of weight-change responses within groups, even when participants are given the same support and instructions.

When questioned about the group that gained weight, Dr. Gardner’s answer was brief but assured: “these people were dealing with psychosocial factors like depression, death in the family, or childhood traumas.”

He was also quick to point out that the variation could still be attributed to genetics, it’s just not likely to be related to the three specific genes targeted in his study. “There could still be a genetic link,” says Gardner “we just haven’t found it yet.”

It seems that the fundamentals of weight-loss are simple, but that the psychology is far more complex. It would be interesting to see if there are any correlations between weight-loss success and genes related to grit, resilience, or addiction. Even if there aren’t any specific genes that predispose success from a metabolic standpoint, it’s possible there could be genes that predispose it from a psychological one.

Future work - the microbiome probably has something to do with it

Some of the variation observed within the two study cohorts could be explained by the bacteria in our guts (our gut microbiota). Dr. Gardner and his team collected a wealth of data during the trial, including over 1000 stool samples at various time points, which can be used to characterize participant’s microbiomes down the line.

Previous studies have already shown that lean individuals tend to have more diversity in their gut microflora than those who are considered obese, and a 2013 study published in Science showed that colonization of germ-free mice by the fecal microbiota of a person displaying an obese phenotype, lead to significant increases in body mass when compared to colonization by bacteria from a lean individual.

More intriguing still, is research from the lab of Martin Blaser of New York University, suggesting that the stomach bacteria H. Pylori may modulate ghrelin – a hunger stimulating hormone that helps to regulate appetite.

When asked about continuing areas of research that he was most excited about, Dr. Gardner agreed – “I’m really interested in the concept of satiety and how it might be perceived differently by different people.”

It’s exciting to speculate how all of these factors - our genes, our minds, and our bacteria - come together to mediate weight-loss. With the rich dataset that they collected over the course of the study, Dr. Gardner and his team are well-positioned to continue their exploration of these wide-ranging and fascinating predisposing factors.

The Microbiome Meetup is a community of scientists, investors, and enthusiasts of the microbiome. Join us for events! 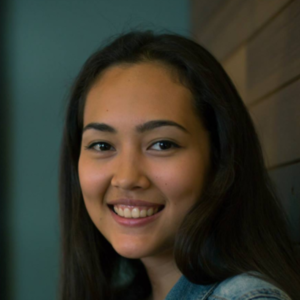