Insights into the origins and evolutionary history of bubonic plague

The paper published in Nature Communications can be found here:

The last few years of research have come to teach us that plague, caused by Yersinia pestis, is an infectious disease that has had a tremendous impact on human history. The bacterium is best known for its three historical pandemic occurrences, namely the first plague pandemic, or “Plague of Justinian” of the 6th century AD, the second plague pandemic, which began with the infamous “Black Death” of medieval Europe (1346 AD), and finally, the most recent third plague pandemic, or Hong Kong plague, that spread worldwide via steamships at the end of the 19th century.

All three pandemics were predominantly caused by the most common form of the disease known as bubonic plague. Importantly, bubonic plague development in humans and animals requires the transmission of Y. pestis through the bite of an infected flea. After entering the body, the bacteria then travel to nearby lymph nodes and replicate causing large swelling, or buboes. Although flea transmission is today the most typical way of Y. pestis propagation, recent research suggests it may have not always been this way…

The earliest indication of the plague’s occurrence in humans goes all the way back to ~5000 years ago, during the so-called Late Neolithic and Early Bronze Age period in Eurasia. Analysis of ancient Y. pestis genomes from the remains of plague victims suggests that, during that time, the bacterium was unable to colonise the flea. This is because it lacked all genetic adaptations to it, and, therefore, transmission through this vector was likely inefficient. So when did Y. pestis acquire this ability?

We found important clues to this question in a region that was key to extensive human migrations that occurred during the Bronze Age, the Eurasian Steppe. We detected molecular signatures of Y. pestis by extracting and analysing DNA from individuals that lived 3800 years ago in the Samara region of modern-day Russia. Despite the complications associated with the survival of ancient DNA through time, we were able to reconstruct Y. pestis genomes from two plague victims buried together in this site (shown in the picture above).

Comparison of these isolates to previously sequenced ancient and modern Y. pestis strains revealed an unexpected result. Our new genomes, from 3800 years ago, did not have the same genetic profiles as the published Late Neolithic and Bronze Age isolates from Eurasia, but were rather more similar to historical and modern-day bubonic-plague-causing strains. In addition, molecular dating analysis suggested that this newly identified lineage likely originated around 4000 years ago. These results were very exciting, but also somewhat surprising.

To further demonstrate their integrity, we not only showed evidence that the DNA from the bacterium was really ancient, but we also sequenced the human genome from one of the victims. The genetic profile of this individual matched that of previously published populations that lived in the same region during the same time period.

Map showing the location of the Samara region in modern-day Russia, where two Y. pestis genomes were isolated.

So what could our results mean?

Overall, our study gives a snapshot into the early stages of Y. pestis evolution. We discovered that bubonic plague is much older than previously thought; it has in fact been affecting humans for at least 4000 years (and perhaps even longer). Interpreted alongside previous results, this means that a diversity of plague lineages existed and circulated in Eurasia during the Bronze Age. Interestingly, these lineages were likely transmitted through different mechanisms and may have had different disease potentials. 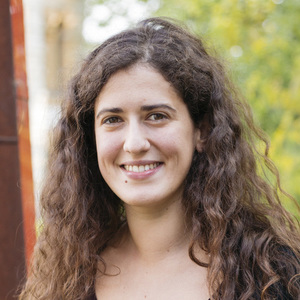