CRISPR technologies can be programmed to target specific sequences of genetic code and to edit DNA at precise locations. However, this approach presents some challenges, such as constraints on the sequences that can be targeted, the possibility of off-target effects and the requirement of a unique guide RNA for each target gene. CRISPR-FRT is a simple solution that circumvents all these issues and offers a broad platform for off-the shelf genome engineering that may lower the barrier of entry for this powerful technology.

CRISPR technologies can be programmed to target specific sequences of genetic code and to edit DNA at precise locations, thus allowing research scientists to permanently modify genes in living cells and model organisms to explore gene function in the laboratory, including genes associated with human disease. These technologies permit a ribonucleoprotein complex to cleave DNA at a specific sequence that base-pairs with a guide RNA in the complex. Modularity of the nucleic acid/protein complex allows researchers to specify the guide RNA sequence to target nearly any sequence. This greatly improves researchers’ ability to edit DNA.

However, this approach presents some challenges, such as constraints on the sequences that can be targeted, the possibility of off-target effects and the requirement of a unique guide RNA for each target gene. To circumvent these issues, an international collaborative effort was started to develop an enhanced, off-the-shelf genome editing tool with greater accessibility.

With standard CRISPR protocols each target gene must be allocated a unique guide RNA. Optimization of this guide RNA is necessary to minimize off-target effects as much as possible. By just targeting a universal sequence found in gene knockout collections CRISPR-FRT avoids the need to design a new guide RNA for each target position. The FRT (flippase recognition target) sequence that CRISPR-FRT targets is found in many genetic collections of medically important bacteria and is even in some fruit fly collections. To demonstrate the method in E. coli a library of E. coli clones called the Keio collection was used. Each clone in this collection has had one gene replaced by a FRT-flanked kanamycin resistance gene. The collection was made available in 2006 through an international collaboration between Keio University of Japan and Purdue University in the United States. CRISPR-FRT repurposes this valuable resource by targeting the two FRT sites flanking the collection’s kanamycin cassette. This works out nicely because it gives you two cuts, which is harder to escape. Moreover, the kanamycin cassette is completely replaced during rescue, leaving an easy way to screen for gene-edited cells.

The CRISPR-FRT approach avoids some technical aspects of CRISPR and makes it available as an off-the-shelf ingredient for genetic engineering. It removes the need to design and clone a guide RNA and simplifies the strategy for constructing a rescue template. Also, the Keio collection can be found in laboratories across the globe and individual clones are available for a nominal fee from centralized genetic stock centers. The new study also presents the broad utility of the approach by showing it is possible to target genes that are essential to life, make a large collection of organisms with different mutations in a single chromosomal gene and append new sequences onto a gene, all in the gene’s natural context. As such, the method should complement existing techniques for genetic engineering of E. coli.

CRISPR-FRT is developed in E. coli. However, many model organisms, besides E. coli, have collections of gene replacements or insertions that could be targeted by a single guide RNA in a similar manner. As such, CRISPR-FRT may provide a broad platform for a variety of genetic engineering approaches. 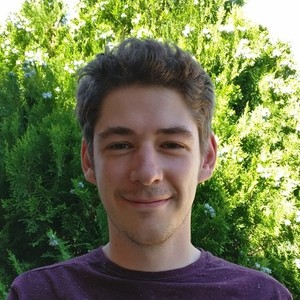