Link to our article in Nature Communications:

This is the story of two PIs, one interested in plant secondary metabolites and the other in plant-microbiome interactions, who explored a small research idea together and ended up merging their programmes to understand plant-soil feedback mechanisms. In this blog post, we look back at moments of serendipity that led us down this road and reflect on the implications of our collaborative work.

Chapter #1 | Sitting outside in a garden restaurant in Zürich, with a drink in our hands, we chatted about an ongoing field experiment for which Matthias had supplied maize seeds. Entomologists were growing benzoxazinoid-producing plants and mutant plants that are defective in the synthesis of these bioactive compounds to study their effects on insect herbivores. With the simple motivation to combine our expertise and to get out of our day-to-day routines, we decided to get involved in this experiment and explored the effects of Matthias’ favourite metabolites (benzoxazinoids) on Klaus’ favourite organisms (root microbiota). On the day when the entomologists harvested the maize shoots, we drove to the field site and salvaged roots and soil cores. We did not anticipate at this point how precious these samples would become later. We were simply glad to be out of our offices for a day and to exchange computer keyboards for spades and stabbing forks. We lifted the soil cores, bagged the individual samples, transported them to the lab, separated the roots from the soil cores and collected the adhering rhizosphere from the roots (Check out our sampling video, Supplementary Movie in the manuscript). It was a long day, but we both enjoyed the feeling of doing something ‘off the radar’, without being constrained by research plans, milestones and deliverables. The feeling of intrinsic motivation and scientific freedom that emerged on this rainy day would stay with us through the entire project.

Chapter #2 | A few months after collecting the samples, we got our first microbiota profiles. Although we knew that maize releases benzoxazinoids to the surrounding soil and that these bioactive compounds also influence some microbes, we were astonished to find such a marked impact of benzoxazinoids on the root and rhizosphere microbial communities. Microbiota profiles of wild type and mutant plants, which only differ from each other at a single genetic locus, were as different from each other as entire maize accessions with completely different genetic backgrounds! This is when we realized that our project had potential, and that we may be able to use our system to address the question how root exudates shape root microbiota and how this in turn affects plant performance. At the time, Lingfei Hu had joined Matthias’ lab and was looking to ‘get his hands dirty’ with an interesting project. A cool observation, the right samples in the freezer, and a talented, interested postdoc ready to move forward - we had everything we needed to get going.

Chapter #3 |We soon realized that we lacked a good experimental setup to test how exudate-induced changes in the rhizosphere microbiota affect plant performance. Eventually, we realized that plant-soil feedbacks provide an interesting conceptual framework and approach answer this question. Hence, we took advantage of the collected soil cores and began to conduct feedback experiments in which we tested the effects of benzoxazinoid conditioning on growth and defense of the next plant generation. We quickly realized that soil-feedback experiments were indeed useful and yielded interesting signatures. Maize plants grown in benzoxazinoid conditioned soils were better defended that plants grown in mutant conditioned soils. From then on, we took this work forward and systematically disentangled the contribution of the microbiome to these effects, identified the benzoxazinoids that were required to condition the soil, and measured whether benzoxazinoid conditioning affects the microbial communities of the next plant generation. After several years of work, we had a set of data in our hands that was sufficient to deconstruct our system to a point where we could infer that benzoxazinoids such as MBOA manipulate the rhizosphere microbes, and that these changes are responsible for the increase in leaf-defenses of the next plant generation.

Perspective | Our work reveals that maize plants growing in benzoxazinoid-conditioned soil exhibit microbiota-mediated traits of enhanced insect resistance. This finding, taken to agricultural context, exemplifies that the genetics of plant-microbiome traits is offering novel opportunities for controlling pest burden in a sustainable manner. For instance, the targeted breeding for genes in specific root exudate pathways will permit to select new cultivars with beneficial root microbiome traits. Such next-generation cultivars would rely on microbiome traits rather than on environmentally hazardous agrochemicals for pest control. To date, plant root microbiome traits largely remain an untapped reservoir that can be deployed to promote plant health and productivity.

Apart from these general implications, our work also led to new and exciting perspectives for our own future. For instance, we recently launched an Interfactulty Research Cooperation to study the role of environmental chemicals in health, with benzoxazinoids as a major topic (www.onehealth.unibe.ch). We are both PIs in this initiative. It’s fun to realize how a small project idea, which started 3 years ago over a drink, has now matured into a major research program. Our story reminds us that science blossoms whenever scientists have the freedom to follow their curiosity (and have drinks together). 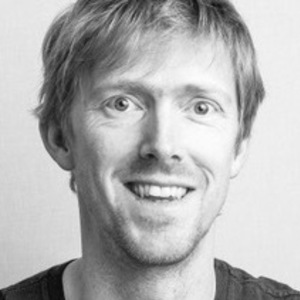