Hair in Fur or FUR in hare ?

The paper in Communications Biology is here: go.nature.com/2L9qrUv

Tularaemia, also known as rabbit fever, is a zoonotic disease caused by Francisella tularensis, a highly infectious Gram-negative bacterium. Humans can be infected by this pathogen through direct contact with infected animals (lagomorphs, small rodents…), arthropod bites (mainly ticks and mosquitoes), or contact with contaminated soil or water environments [1]. Watch out when you walk in the forest or when you eat hare “paté”!

Human and animal infections are caused by F. tularensis subspecies tularensis (type A) in North America, and F. tularensis subspecies holarctica (type B) throughout the northern hemisphere, including Europe. Both subspecies belong to the category A biothreat agents defined by the Center for Disease Control and Prevention, because a few bacteria inhaled through aerosols may induce an acute severe pneumonia, with a mortality rate of 30% or more. No effective vaccine is currently licenced for human or animal use, and a few antibiotic compounds are used as first-line drugs in tularemia patients. Alternative treatments are urgently needed both to improve the prognosis of patients with severe diseases, but also to improve our preparedness to the intentional release of resistant strains of this pathogen in the context of bioterrorism [2].

As a facultative intracellular bacterium, F. tularensis multiplication and virulence depends on the host cell iron pool. A major defence strategy used by infected eukaryotic organisms is to withhold this metal by sequestering free iron. In reaction to iron starvation, F. tularensis is able to secrete an iron chelator structurally similar to the siderophore rhizoferrin. The genes involved in this siderophore synthesis and uptake [3] play a significant role in the virulence and/or intracellular replication, and their expression is regulated by the ferric uptake regulator FUR. The FUR protein is a global transcriptional regulator that senses iron status and controls the expression of genes involved in iron homeostasis, virulence and oxidative stresses [4].

In our study, we used a virulent strain of F. tularensis subsp. holarctica to go further in the in vitro and in vivo characterization of the F. tularensis FUR (FtFUR). This strain was isolated from a blood sample from a French patient suffering from a typhoidal form of tularemia. We present here, the first crystal structure of a tetrameric FtFUR in the presence of its physiological iron cofactor. This structure sheds light on the metal-binding sites and corresponds to two intertwined pre-activated dimers. We demonstrate the direct interaction of FtFUR with the promoter region controlling expression of the figA gene and identify essential residues in this interaction. Thanks to the coupling of computer models and free energy calculations with experimental studies, we bring evidence for a DNA-driven tetramer splitting mechanism mediated by specific promoter sequences, and leading to the formation of two FUR dimer-DNA complexes. Finally, the critical role of FtFUR in bacterial pathogenesis was demonstrated using a fur-deleted mutant which shows an attenuated virulence both in murine macrophage-like cells and in mice. We demonstrated that FtFUR is thus an attractive target for development of anti-virulence drugs fighting F. tularensis infection. Next job, hunting for FUR ….inhibitors! 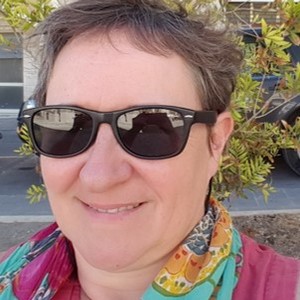