Interactions between water treatment reagents and biofilms in your plumbing

Polyphosphate, a scale/corrosion inhibitor, used in drinking water could lead to thicker and softer biofilms, thus may cause higher release of biofilm-associated pathogens.

Biofilms are ubiquitously found in drinking water supply systems. These biofilms, composed of extracellular biopolymers, microorganisms, and inorganic particles accumulating on the surface of drinking water pipes and can potentially accelerate metal surface corrosion. Notably, biofilms in drinking water supply systems are identified as a reservoir of pathogens. Thus, biofilm can facilitate pathogen transmission to consumers causing human health concerns. The release and disinfection efficacy of biofilm-associated pathogenic Legionella pneumophila have been found  to largely influenced by biofilm stiffness. However, the factors influencing biofilm chemical composition, stiffness, and structure are still largely unknown. In particular, chemicals are commonly added to  drinking water to control the growth of pathogens and biofilms, inhibit scale formation, and prevent metal pipe corrosion. How these water treatment chemicals interact with biofilms and affect biofilm properties is overlooked. Our team, composed by researchers from department of civil and environmental engineering, department of bioengineering, and department of electrical and computer engineering in University of Illinois at Urbana Champaign, have been working on elucidating the interactions between biofilms and water treatment reagents (e.g., disinfectants and scale/corrosion inhibitors) and their implications on safe drinking water supply and public health protection.

In the paper published in npj Biofilms and Microbiomes (DOI : 10.1038/s41522-018-0058-1), we investigated the influence of a scale/corrosion inhibitor on biofilm properties. Scale formation (caused by high water hardness) and pipe corrosion are two of the most common issues that are reducing drinking water pipe lifetime, causing high water system maintenance cost, and releasing heavy metals to drinking water. Polyphosphate is one of the most widely used scale/corrosion inhibitors in drinking water. Therefore, we compared the properties of biofilms developed with and without the exposure of polyphosphate in this study.

Specifically, we grew simulated biofilms on PVC (a common drinking water pipe material) from a local drinking water source (groundwater) with high hardness (i.e., high calcium and magnesium contents in this study) and the same groundwater containing polyphosphate. We then determined biofilm chemical composition, structure, and stiffness by attenuated total reflection-Fourier transform infrared spectroscopy and thermogravimetric analysis, optical coherence tomography and environmental scanning electron microscope, and atomic force microscopy. In particular, a novel magnetomotive optical coherence elastography (MM-OCE) method (developed by Professor Boppart research group) was used for biofilm stiffness determination. MM-OCE, with its high spatial resolution, has been actively investigated and shown potential in resolving the mechanical properties of biological tissues with high heterogeneity or with small dimensions. In our study, the MM-OCE was applied for biofilm bulk stiffness determination for the first time. The biofilm physicochemical property measurement results indicated that comparing with the biofilms developed from groundwater containing polyphosphate, the biofilms developed from raw groundwater were stiffer and less porous due to the high content of calcium carbonate. In addition, the addition of polyphosphate caused much thicker biofilms, which may because polyphosphate can supply nutrients to bacteria and assist bacteria to develop resistance to environmental stresses. These softer and thicker biofilms developed under polyphosphate exposure would be expected to cause higher release of biofilm-associated pathogens and thus raise public health concerns on drinking water safety.

This study findings suggested water chemistry could be used to predict the biofilm properties. Because the results of this study revealed that common practice in the US of adding polyphosphate for scale/corrosion control could effectively influence biofilm physicochemical properties, future study should focus on strategy development to optimize and balance the system maintenance and microbial contamination.

This study was supported by grant R834870 (agreement number RD-83487001) from the U.S. Environmental Protection Agency (EPA) and also supported in part by the National Institute for Biomedical Imaging and Bioengineering, National Institutes of Health (grant R01 EB013723).

This study was guided by: 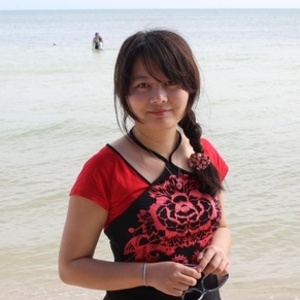