The paper in Microbiome is here: go.nature.com/2OizmAP

Antibiotics are crucial in modern healthcare and yet we may not fully appreciate their value until they don’t work anymore. Imagine something as simple as an appendix operation being a life-threatening surgical procedure because of the risk of acquiring an untreatable bacterial infection. This could be the reality if the rapid antibiotic resistance development seen in the last decades continues. But why is this development taking place? Undoubtedly, overuse of antibiotics in human healthcare is playing a large role, and the misuse of antibiotics in animal husbandry is probably also an important driver.

In addition, the natural environment is important in the development of resistance in pathogens in two ways. First, it can act as a means for resistant bacteria to be transmitted between persons – for example through sewage treatment plants, into surface waters used for drinking or irrigation, and back to humans. Second, the vast diversity of environmental bacteria has been shown to host an enormous variety of antibiotic resistance genes. Under the right conditions, these genes can make the jump from harmless environmental bacteria into human pathogens, potentially having a devastating impact on our ability treat infectious diseases.

I have, together with Joakim Larsson, argued that the risks associated with the latter scenario likely are underestimated, for understandable reasons. Risks for resistance acquisition are inherently hard to account for because they correspond to exceedingly rare events with a very wide range of possible consequences for human health. It is also hard to predict where the risks for transfer of environmental antibiotic resistance genes are high. Why? Because we don’t know what these genes look like, so we don’t know what to search for. In contrast, detecting known resistance genes that are already found in human pathogens is easy, which contributes to making dissemination of resistant bacteria seemingly a greater risk than it – in relative terms – might actually be.

The problem was finding a way to test the hypothesis that the abundance and/or diversity of known resistance genes could predict the properties of the uncharacterized collection of resistance genes. When Chandan Pal and I worked on resistance gene patterns across more than 800 samples from different environments, I started toying with the idea of using subsets of the genes in the database we were using to predict the results obtained from the full database. In other words, I was pretending that we only knew about a random subset of genes, and then I looked at what that subset could tell us about the overall resistance patterns. The results looked promising, but I felt that this subset-prediction was not enough on its own to establish that there was a link between the known and unknown resistance gene diversity. The results needed a validation that was independent of the gene set used for prediction.

When the FARME database was published, I almost immediately realized that this was my validation data. The FARME database consists of resistance genes uncovered using cloning of random DNA from (mostly) environmental bacteria and expressing these randomly cloned genes in a host that is susceptible to an antibiotic. If the inserted DNA makes the new host resistant, a resistance gene has been identified, and the inserted DNA can be sequenced to identify if its known or novel. The team behind FARME collected all these gene sequences from different studies and annotated them, and with some filtering this became the perfect data set to test my predictions. 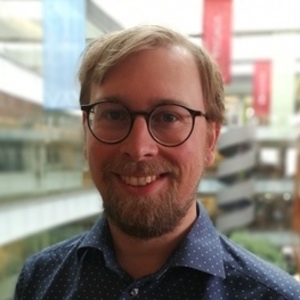