Schistosomiasis: an ancient scourge lives on

David Dunne, Moussa Sacko, Jürg Utzinger, Birgitte Vennervald, Xiao-Nong Zhou and I have just published the first Primer on Schistosomiasis in Nature Reviews Disease Primers. We hope readers of the article will agree that the Primer provides a global and authoritative overview of research on the disease, as well as of the challenges facing the research community as it strives towards elimination of this debilitating condition. In the Primer we have tried to provide a comprehensive overview of the epidemiology and transmission of the parasites, how the disease is diagnosed and managed and the current and future prevention strategies. It also discusses challenges and research goals in what we believe, is in an accessible format.

Schistosomiasis is a devastating parasitic disease that is caused by blood flukes (trematode worms) of the genus Schistosoma and affects more than 250 million people, the majority in Africa. It was originally called bilharzia in deference to Theodor Maximilian Bilharz, a young German physician and pioneer parasitologist, who first described the disease and its association with Schistosoma worms, when working at the Kasr-al-Aini hospital in Cairo, Egypt in 1852. These blood-dwelling flatworms have a complicated life cycle; humans (and other mammals) are the definitive host, snails act as intermediate host and disease transmission occurs through human-water contact (poster image - children jumping into water: ©Fabian Biasio for the Swiss Malaria Group; and see photo below). Unusually, female and male worms must pair to produce eggs (see Photomicrograph). Eggs trapped in host body tissues are the main cause of the pathology associated with schistosomiasis.

Whereas six Schistosoma species can infect humans, S. mansoni, S. haematobium and S. japonicum have the highest global prevalence and cause the largest burden. Currently, there is only one safe and efficacious drug available to treat all forms of schistosomiasis – praziquantel. It is widely used; in 2016, for example, 59.8 million of the 111.2 million school-aged children who required treatment were given praziquantel. Hence, the spectre of drug-resistant parasites developing is a constant threat.

An endemic area for Schistosoma japonicum in the Philippines. Note the close contact of the women and children with water likely contaminated with infectious schistosome cercariae. (Photo:  Dr Catherine Gordon).

In Nature Reviews Disease Primers (https://rdcu.be/4gxp) we present a comprehensive review of the schistosome parasites’ biology and the epidemiology, pathogenesis, clinical features, diagnosis, management and control of schistosomiasis, identifying key areas in which further basic and clinical research is needed for improved management, control, and eventual elimination of this stubbornly persistent human disease.

Arguably the most important recent advances in schistosome research have been the publication of the annotated genomic sequences for the three major Schistosoma spp. infecting humans. The whole genome sequences for S. japonicum and S. mansoni were the first two flatworms to be sequenced and were reported as cover articles in Nature in 2009 by two international consortia; the S. haematobium genome was published 3 years later in Nature Genetics. The three publications provided a wealth of key data, pivotal in providing new insights for studying schistosome development, host-parasite interactions and, in the case of S. haematobium, schistosome-associated bladder cancer. Furthermore, the availability of these genome sequences provided new angles for the design and development of novel targeted anti-schistosomiasis interventions. Progress in this area since the release of the complete genome data sets has, however, been rather slow. Like for other neglected tropical diseases, research and development (R&D) for schistosomiasis is not a priority, although new antischistosomal drugs and diagnostic tools are urgently needed and it is a stark reality that no schistosomiasis vaccine has yet been accepted for public use.

The WHO set a target of potential global elimination of schistosomiasis as a public health problem by 2025. This will require enhanced and sustained efforts in R&D, coupled with a multifaceted approach (e.g. large-scale treatment; water, sanitation and hygiene (WASH); information, education and communication (IEC) and snail control) that are readily tailored to social-ecological settings with strong local and international governmental involvement and support to finally consign this ancient disease of poverty to history.

The paper in Nature Reviews Disease Primers is here: go.nature.com/2vUFzuk 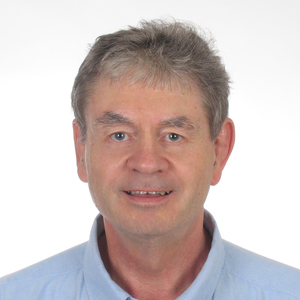