An early selection for a life-long health

In general, the enteric microbiota composition is relatively stable due to the ongoing competition of bacterial members for space and nutrients. Newly arriving bacteria hardly find an empty niche and sufficient nutrients to thrive and colonize. Shortly after birth, however, this situation is markedly different. The neonate is born sterile and newly incoming bacteria can easily find a place and nutrients to stay and colonize the neonate's intestinal mucosa. Notably, it is generally thought that this process is mainly driven by exposure to bacteria derived e.g. from the mother of the environment. But is that really true? If only the environment determines the microbiota composition couldn't that go terribly wrong? Shouldn't we expect that host factors influence the emerging microbiota ensuring a beneficial bacterial composition?

The paper in Nature is here: go.nature.com/2KKhvzW

With the focus on the immediate postnatal period, we set out to identify molecules that could be involved in such a host regulatory mechanism. When comparing the expression of innate immune receptors by the intestinal epithelium of adult versus neonate mice, we made a surprising observation: One such receptor called Toll-like receptor (TLR)5 known to recognize a protein subunit of bacterial flagellae was indeed markedly enhanced in the neonate as compared to the adult epithelium.

Could epithelial expression of TLR5 represent such a mechanism of host-driven microbial selection? We had previously compared wild-type and TLR5 deficient neonate mice in an oral infection model with the flagellated enteropathogen Salmonella. In this model, however, organ counts after infection were very similar and only a partial reduction of the epithelial stimulation was observed in animals lacking TLR5.

We therefore employed another strategy to visualize the presence of a selective force: We orally administered a 1:1 mixture of wildtype and flagellin-deficient Salmonella to neonate mice and selectively counted the numbers of both bacterial strains in the intestine. Strikingly, the neonate intestine favoured colonization by non-flagellated bacteria! Although we had exposed the animals with a 1:1 mixture, non-flagellated bacteria outnumbered the flagellated bacteria by the factor of 10 to 100 within 24 hours. Notably, this selective effect was observed only in neonate wildtype animals but not in neonate mice particularly lacking epithelial TLR5 expression or in adult animals.

But what effect would that have on a diverse microbiota? To answer this question, we next transferred the microbiota of wildtype and TLR5 deficient adult animals (which differs significantly as previously shown by Andrew Gewirtz) in either neonate or adult germ-free animals and studied the establishment of the microbiota over time. The two donor microbiota became more similar after transfer to neonate mice, whereas no such increase in similarity was observed after transfer to adult animals.

But was TLR5 responsible for the observed phenotype? An alternative explanation could be the strong bottleneck after transfer to neonate mice or other age-dependent host factors such as for example the neonatal diet, breast milk. We therefore teamed up with Andrew Gewirtz and Benoit Chassaing and repeated the experiment. This time, however, we transferred the two donor microbiota to both, germ-free wildtype and germ-free TLR5 deficient mice.  Again, we observed an increase in the similarity of the two donor microbiota in wild-type neonate mice. In contrast, no such increase was noted in neonate TLR5 deficient animals or adult animals of either genotype. Strikingly, the increased similarity of the enteric microbiota persisted into adulthood although epithelial TLR5 expression was restricted to the first 2-3 weeks after birth.

What does that mean? Our results provide the first evidence that the host indeed influences the early establishment of the enteric microbiota. The microbiota composition is the result of both, environmental exposure and host-mediated selection. Also, TLR5 does not define but rather shape the bacterial composition in a certain way. Additional regulatory mechanisms most probably exist.

Why does the host suppress colonization by flagellated bacteria? At the moment we can only speculate. One possible explanation is that many members of the phylum Proteobacteria express flagellae and exhibit a potent immunostimulatory potential. A rise in the number of Proteobacteria has been associated with mucosal inflammation and thus the identified mechanism might help to restrict the inflammatory potential of the enteric microbiota.

Why would epithelial TLR5 expression and thereby the selective mechanism be restricted to the postnatal period? Again, we don't know yet. But a loss-of-function polymorphism in the human Tlr5 gene was reported to be negatively associated with the inflammatory bowel disease Crohn's disease, whereas a gain of function polymorphism was shown to increase the risk for this disease. Thus, expression of epithelial TLR5 in the adult situation might come with an enhanced risk of inflammation. Restriction to the postnatal period might be sufficient to shape the microbiota but help to reduce the risk of mucosal inflammation in the adult host.

Finally, what does the age-restriction of the regulatory mechanism mean for the host? First, it confirms the critical importance of the postnatal period, a time that has previously been observed to represent a "window of opportunity" since it represents a non-redundant period for the maturation of a number of immune mechanisms. Second, it might explain why neonates and small infants are particularly susceptible to factors that harm the microbiota. For example, antibiotic use in children was shown to be associated with an increased risk for allergies. The adult host organism might not be able any more to correct for a dysfunction acquired during early childhood. 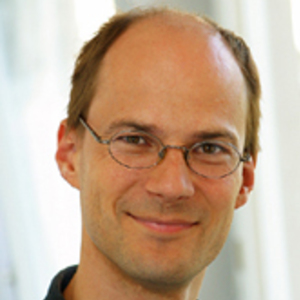