For receptors, sometimes it's what's on the inside that counts

Norovirus is commonly known as the “cruise ship virus” or “stomach flu.”  However, these names are a bit of a misnomer as norovirus infections are not exclusively associated with cruise ships, nor is the virus related to influenza.  In fact, noroviruses represent the leading cause of viral gastroenteritis world-wide, so the virus does much more than simply ruin vacation. Despite the ability of human noroviruses to spread readily from person to person, it has proven quite difficult to grow the virus in cell culture.  Recently, substantial work from the laboratories of Dr. Stephanie Karst and Dr. Mary Estes have provided independent methods for cultivating human noroviruses.  While this is an exciting time in the norovirus field, it is important to ask why is it so difficult to grow human noroviruses in vitro?  The answer to this question will provide not only critical insight into norovirus biology but also potentially help improve the cultivation of human noroviruses in vitro which is still in its infancy.

Previous work has demonstrated that one major roadblock in norovirus replication is at the level of viral entry.  One goal during my postdoctoral studies and now as an independent investigator is to have a better molecular understanding of norovirus entry.  Due to the difficulty in growing human noroviruses, we have used a mouse norovirus (MNoV) as a model system for understanding norovirus biology.  A few years ago we utilized CRISPR/Cas9 whole genome screening to identify genes that murine norovirus requires to infect cells.  The top hit in the screen was CD300lf and we characterized this molecule as a protein receptor for CD300lf.  As with most screens it yielded many more genes and questions to follow up on.  One of those led to our recent paper published in Nature Microbiology (https://rdcu.be/4Rld)

When we looked up and down our CRISPR screening results two genes jumped out at us: Sptlc1 and Sptlc2.  Given the names, it was not surprising to find out that these two genes function together in a pathway, sphingolipid biosynthesis to be precise.  We then set out to disrupt the function of one of these core components using CRISPR/Cas9 genome editing.  What followed was a series of classic virology experiments: demonstrate a defect in viral production, test whether it required the normal function of the enzyme, map the defect to a particular step in the viral life cycle (viral binding and entry).  At this point, we had a fairly straightforward story, but what followed was a case of trusting the data and being open to reconcile seemingly contradictory pieces of data into a coherent model that can be tested.

At the time we made the basic observation that sphingolipids were required for MNoV binding, we only had one antibody that was specific to CD300lf called TX70.  We took our wild-type and sphingolipid deficient cells and showed that while the TX70 antibody could recognize CD300lf on the surface of wild-type cells, it had a substantial defect in recognizing CD300lf on sphingolipid deficient cells.  It looked like our story was wrapping up: sphingolipids are required for CD300lf surface expression right?  However, what followed made myself and others doubt this simple interpretation.  First, we found by confocal microscopy and cell surface labeling that CD300lf was on the cell surface of both cell types.  We then went back and repeated the original observation with the TX70 antibody several independent times to make sure that we didn’t make any technical blunders.  However, the experiments beautifully reproduced the original observations: TX70 robustly recognized surface CD300lf expressed on wild-type but not sphingolipid deficient cells.

We had several strong pieces of data that seemed to say different things about CD300lf in sphingolipid deficient cells.  At the same time, we received a new monoclonal antibody from Genentech that was specific to CD300lf called 3F6.  In the process of characterizing 3F6, we made some comparisons of the 3F6 antibody to the antibody I had been using TX70.  we quickly discovered that the TX70 antibody was conformation dependent but the 3F6 antibody was not, something that was not fully appreciated when we only had the TX70 antibody on hand.  This completely revolutionized the way we thought about the observations made with the TX70 antibody.  The seemingly incompatible observations all fell nicely into a coherent model.  Indeed, in several follow up experiments we were able to use these pairs of antibodies to demonstrate that sphingolipid biosynthesis was required for a specific, functional conformation of CD300lf, the MNoV receptor!

How does this work fit in with the broader view of virus entry? It is widely believed that the absence of a viral receptor is the primary obstruction for viruses to enter non-susceptible cells.  Our work demonstrated a novel mechanism that restricts binding of murine norovirus despite the presence of the viral receptor CD300lf on the surface of cells.  Surprisingly, this phenotype is the result of a deficiency in an intracellular process (sphingolipid biosynthesis).  The idea that intracellular enzymes can alter receptor conformations without modifying the receptor directly (e.g. post-translational modification) has broad implications to host-pathogen interactions.  While a lot of attention is paid to whether a receptor is on the surface of cells, our findings say that what is on the inside counts as well.

The paper in Nature Microbiology is here: go.nature.com/2MF5mkv 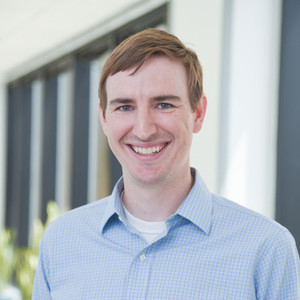