Behind the paper: Mathematical modelling of Plasmodium vivax control in Papua New Guinea

The paper in Nature Communications is here: go.nature.com/2Newkwy

Mathematics has been a key tool for investigating malaria transmission, dating back to the work of Ronald Ross in India and Mauritius at the beginning of the 20th century, who understood that killing mosquitoes would cause reductions in malaria cases. By the 1950’s, it was common knowledge that controlling mosquitoes could prevent malaria transmission. At this time, George Macdonald further reasoned that using vector control to kill mosquitoes by spraying with insecticides such as DDT could cause even greater reductions in malaria cases than in mosquito numbers. This was because the increased mortality of malaria-infected mosquitoes attempting to feed made it unlikely that they would survive for long enough to transmit their malaria parasites onwards to humans.

Since 2000, advances in computational power, statistical inference, and data sharing have meant that mathematical models can now provide quantitative predictions for the impact of malaria control interventions, in addition to providing a conceptual understanding of malaria transmission. In 2016, the Papua New Guinea National Malaria Control Programme, supported by The Global Fund, invited myself, Patrick Walker and Alison Reynolds from the malaria modelling group at Imperial College London led by Azra Ghani to coordinate a meeting in Port Moresby to explore the reductions in malaria transmission that would be achievable by distributing combinations of interventions. The two key malaria control interventions in PNG are mass distribution of insecticide-treated bed nets and treatment of symptomatic cases.

In PNG there is transmission of all four malaria parasites that exclusively infect humans: Plasmodium falciparum, P. vivax, P. malariae, and P. ovale. Two of these species, P. falciparum and P. vivax, cause substantial burdens to human health. The majority of malaria transmission models are designed for P. falciparum, and do not account for the relapses characteristic of P. vivax. These relapses are caused by hypnozoites which lie dormant in human livers after the initial mosquito bite, before activating weeks to months later to cause new blood-stage infections. To address this challenge, I set about developing a quantitative model of P. vivax transmission. At the time, I was a visiting scientist in Ivo Mueller’s lab in The Walter and Eliza Hall Institute in Melbourne, so was able to avail of his knowledge of P. vivax acquired from a decade of implementing epidemiological studies in PNG. Other crucial data came from a series of nationwide parasite prevalence surveys led by Manuel Hetzel, Leanne Robinson and Moses Laman with the PNG Institute of Medical Research.

After careful calibration to data sets from across PNG, we were able to simulate the impact of combinations of malaria control interventions. In high transmission settings such as the island of New Ireland, we predicted that existing interventions would not be sufficient to reduce P. vivax transmission to sufficiently low levels to pursue elimination. This sobering result highlights the need to develop new intervention strategies if P. vivax elimination is to be pursued as a realistic goal. However, in many regions of PNG, notably in the highlands, continued distribution of bed nets would be sufficient to reduce P. vivax transmission to pre-elimination levels as long as consistent usage can be ensured.

In some low to medium transmission settings, an alternative strategy for reducing P. vivax to pre-elimination levels would be to incorporate hypnozoite-killing drugs, such as primaquine or tafenoquine (which has recently received FDA approval), into first-line treatment strategies with accompanying testing to ensure safety in G6PD-deficient patients. Unfortunately, beyond the in silico evidence presented here, there is a lack of evidence on whether such a strategy would work in practice. The success of treatment-based strategies is dependent on patients accessing health care, drug availability, and compliance with guidelines. The recent increase in malaria prevalence in PNG following interruptions to the supply of anti-malarial drugs, reduced funding and changes in mosquito behaviour to avoid nets is testimony to these challenges. Mathematical models alone will not solve the challenges needed to pursue P. vivax elimination, but they can identify optimal strategies and highlight the problems worth solving. 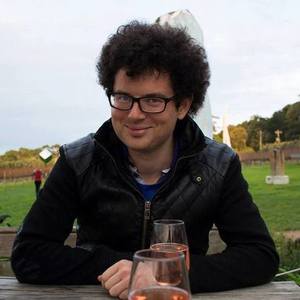 Cesar Sanchez
about 3 years ago

The paper was published in the journal Nature Communications, it's open access, and can be found here: