Malaria parasites subvert their erythrocyte host cells through the export of hundreds of effector proteins that dramatically remodel the red blood cell. To achieve this goal, the parasite depends on a novel translocon to unfold effector proteins and thread them across a vacuole membrane generated during host cell invasion. Our recent work reveals that the membrane spanning channel of this translocon performs an unusual dual function as both a protein conducting pore and a small molecule permeation channel.

In 2016, I was a post doc in Dan Goldberg’s group at the Washington University School of Medicine where I’d been working for several years to hone my skills in malaria functional genetics. My main goal was to characterize the function of the Plasmodium translocon of exported proteins (PTEX), a parasite membrane translocon central to export of effector proteins that has emerged as an exciting new drug target. A few years earlier, we and several other groups had been able to show that two PTEX core components were required for protein export - a chaperone unfoldase called HSP101 and a novel protein called PTEX150. Now we wanted to know about the membrane pore. Using a recently developed approach for tunable knockdown of gene expression in the parasite, we were able to generate a conditional mutant of EXP2, the putative membrane spanning channel of PTEX. The knockdown showed, as expected (and as other studies had suggested) that EXP2 was essential to protein export and to blood-stage parasite survival.

Transmission electron microscopy image of the parasite inside its host red blood cell. The vacuole membrane is visible at the interface of the parasite (light grey) and red cell cytoplasm (darker grey). Image by Wandy Beatty.

While this fit with the model that EXP2 formed the protein-conducting channel in PTEX, we had reason to suspect that this channel might be doing double duty, also serving as a conduit for small molecule transport across the vacuole membrane. It would be unconventional for one channel to serve these disparate functions, but there was reason for considering this possibility. For one, the expression of EXP2 was oddly mismatched with other PTEX components. More intriguing still, EXP2 is the only component of PTEX that appears conserved among other parasites in the apicomplexan phylum, but then only in those that reside within a vacuole.  A nutrient-permeable channel had been identified in the vacuole membrane 25 years earlier, but its identity was unknown. Could EXP2 also be the vacuole nutrient channel?

Immuno-fluorescence image of effector proteins (red) exported across the vacuole and into the host erythrocyte by Exp2 (green). The nucleus of the parasite is labeled in blue. Image by Josh Beck.

Testing this hypothesis proved challenging until a chance meeting with Matthias Garten at the 2016 Gordon Research Conference on the Biology of Host-Parasite Interactions. He recounts how things came together:

Having started studying blood stage malaria for my postdoctoral work, the parasitophorous vacuole membrane seemed fascinating. It is the true barrier the malaria parasite forms to separate itself from its host red cell. The organization of nutrient and ion transport across this relatively unique barrier seems crucial to parasite survival and the parasite can be expected to have found unique (as in potentially exploitable for malaria treatment) solutions to the transport problem. I was fortuitous that around the time of my arrival in the Zimmerberg Lab at NIH, Svetlana Glushakova developed a method to liberate parasites in an intact vacuole membrane without using detergents. Getting rid of the host cell membrane allows convenient access to the vacuole for biophysical characterization. With the goal to understand vacuole permeability to small solutes, and eventually how the parasite may be able to produce and regulate said permeability, I started revisiting what was known about the vacuole conductance by patch-clamp on liberated vacuole-enclosed parasites. However, lacking the proper molecular biology know-how to find the molecular identity of the vacuole permeability, I put a teaser of my first patch-clamp measurements on my 2016 GRC poster, hoping to find someone with matching interests. That plan really worked out well.

Malaria parasite liberated from its host red blood cell and contacted by a patch-clamp pipette. Image by Matthias Garten.

Over the next year and half, we were able show that the nutrient-permeable channel was indeed dependent on EXP2. Moreover, while mutation of charged EXP2 residues modified the gating properties of the channel, channel activity wasn’t impacted by inactivation of the HSP101 unfoldase. This indicated that the channel sensitivity to EXP2 knockdown wasn’t the result of PTEX inserting the nutrient-permeable channel into the vacuole membrane but rather that EXP2 was directly part of the channel. It seemed EXP2 was an unorthodox channel indeed. Our Nature Microbiology paper describing these results can be found here [https://www.nature.com/articles/s41564-018-0222-7.pdf].

In parallel to this work, I was drawn into a collaboration with Hong Zhou’s group at UCLA which successfully developed a way to purify PTEX from its endogenous parasite source, allowing for a near-atomic structural determination of PTEX by cryoEM. Importantly, this structure revealed that PTEX is a bone fide membrane translocon and directly showed that EXP2 does indeed form the membrane spanning PTEX channel with PTEX150 forming a flange-like adaptor to connect it to HSP101. Our Nature paper describing the structure can be found here [https://www.nature.com/articles/s41586-018-0469-4.pdf]. Collectively, the data suggest that EXP2 arose as a vacuole nutrient channel in apicomplexan parasites and was further specialized by PTEX150 and HSP101 to also mediate effector protein translocation in malaria parasites. Who says you can't teach an old channel new tricks? 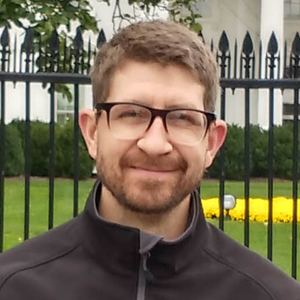 Josh Beck, Ph.D., has been studying the biology of apicomplexan parasites for over a decade. He is currently an assistant professor at Iowa State University where his lab studies the mechanisms of protein export in blood- and liver-stage malaria parasites.
Follow