Menu
A community from Nature Microbiology
Contributor
Behind the Paper, Nature Conference on Combatting Antimicrobial Resistance 2018

Superbugs bend the rules to attract new members into their ranks

Conjugation is fundamental for the acquisition of new genetic traits and the development of antibiotic resistance in pathogenic organisms. In the study published in Nature Communications, we show that a hypothetical Clostridium perfringens protein, TcpK, which is encoded by the tetracycline resistance plasmid pCW3, is essential for efficient conjugative DNA transfer.

A major cause of the emergence and spread of superbugs resides in the capacity of some bacteria to share their drug resistant determinants. This “sharing of genes” occurs upon cell to cell contact where bacteria virtually talk to each other, and share the genetic material required to become a member of the drug resistant family. Clostridium perfringens, a pathogen responsible for a range of histotoxic and enterotoxic diseases in humans and animals, is able to transfer its antibiotic resistance determinants by using a cluster of genes present on extrachromosomal fragments of DNA called plasmids. Many plasmids in this bacterium carry toxin genes as well as antibiotic resistance genes. The main vision of our research program which is funded by the Australian National Health and Medical Research Council, is to understand the mechanism used by pathogens to assemble the molecular machinery that is capable of moving DNA molecules from one bacterium to another. To address this important question at the Monash Biomedicine Discovery Institute, we combine the molecular genetics tools developed by Dr Vicki Adams with the structural biochemistry tools used by Dr Daouda Traore.

In our study published in Nature Communications, we discovered through a genetic screening method a hitherto uncharacterised gene that was required for efficient DNA transfer. Database searches using the protein sequence did not provide any clue to its function and to uncover the role of this molecule, we determined the 3D molecular structure using the Australian Synchrotron. We then used the atomic coordinates to interrogate the protein data bank to find molecules that may share a similar architecture. That analysis revealed that the molecule resembles a universal DNA binding module called a winged-Helix-turn-Helix (wHTH). We then studied its DNA binding properties and later pinpointed the precise binding site present on the plasmid. Analysis of the 3D structure indicated that the spatial organisation of the molecule did not explain the observed DNA binding properties. Additional data collected at the Australian synchrotron shed light on the 3D structure of the molecule bound to its DNA target and exposed an unforeseen mode of interaction (figure). The folding of the protein and the mode of interaction with its DNA binding site bends the rules of classical wHTH DNA recognition motifs. Here the motif is not used for interaction with the DNA molecule, but rather serves as a scaffold to strengthen the overall stability of the assembled protein-DNA complex.

This work relied on the constant crosstalk between the two research teams. The molecular genetic studies validated findings from the biophysics and biochemical analysis, which then directed subsequent genetic experiments. The synergy was instrumental in the discoveries presented in the article. Overall, our studies provide further insight into our understanding of the spread of antibiotic resistance genes in pathogens. 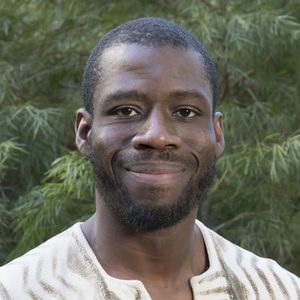