Uncovering the Biosynthesis of Important Fungicides - the Strobilurins

Strobilurins, like Strobilurin A, produced by basidiomycete fungi, serve as lead compounds for the design of important fungicides such as Azoxystrobin (Syngenta) and Kresoxim methyl (BASF). These compounds belong to the major class of β-methoxyacrylate fungicides and are estimated to have been worth $3.4 billion in 2015. These compounds are used in agriculture and are very important contributors to food security. However, until now the molecular basis of the biosynthesis of strobilurins remained cryptic.

In our paper (https://www.nature.com/articles/s41467-018-06202-4) we have now uncovered how nature is able to produce this valuable class of fungicides. The biosynthesis begins with a new biosynthetic pathway to the specialized building block benzoyl CoA. This is then used by an unusual polyketide synthase protein, which is a type of programmed biological synthesis machine, to produce a precursor of Strobilurin A. However the precursor molecule is inactive and it must be rearranged to form the functional β-methoxyacrylate.

Key questions in the study were: How does this rearrangement of the precursor occur; which enzymes are involved and when does this step happen?

The Cox group, based at the University of Hannover in Germany, had been collaborating with scientists based at the University of Bristol in the UK, and had already found the strobilurin gene cluster by sequencing the genome of fungi which make it. At this point of the project I was looking for a new challenge for my Ph.D. studies, so I got involved by investigating the rearrangement-step of the biosynthesis on a molecular level. In order to tackle the problem I used a method called heterologous expression. This involves moving genes from the native fungal host to a ‘domesticated’ fungus called Aspergillus oryzae that is easier to study. I already had experience of using yeast recombination to easily work with fungal genes from earlier in my Ph.D. project. By combining these methods I constructed and expressed many combinations of genes from the strobilurin gene cluster in A. oryzae, to re-establish the biosynthesis and at the same time elucidate the structure of new intermediates. As strobilurin has strong antifungal properties, it was rather difficult to express the responsible genes in the fungal host A. oryzae! But, by careful culturing we observed a much slower and unhealthy growth of the correct transformants (Fig. 1). Nevertheless, we generated A. oryzae strains which were able to produce more than 100 mg·L-1 of strobilurin-related metabolites using this method and discovered that a new Flavin-dependent oxygenase, Str9, is responsible for catalysing the rearrangement. These results showed that heterologous expression, together with yeast recombination is a very powerful tool for investigation and engineering of fungal biosynthetic gene clusters, even if the compound shows antifungal properties.

The Str9 enzyme is very unusual, and obviously essential for creating the toxophore of the strobilurins. We wanted to confirm the role of Str9 in vitro. The good news was that the codon-optimised sequence for Str9 could be expressed in E. coli and resulted in a good amount of soluble, protein that included the necessary yellow flavin cofactor (Fig. 2). We could obtain the substrate from our A. oryzae expression experiments, so we had everything we needed. But as my boss says: “Life is never easy…” and the insolubility of the substrate in aqueous buffer systems meant that we could observe no reaction in vitro. I decided to try to improve the solubility of the substrate by adding different organic co-solvents to the assay mixtures. I was inspired by the experience of a co-worker during my Masters project who also used organic co-solvents. After a long time of changing buffers and testing different solvents, I observed the expected product when adding a high concentration of ethanol to the reaction tube.

So in the end I was able to combine knowledge from my Masters project with new training from my Ph.D. project to successfully solve a really interesting problem. Among many things I learned technically from this project, I realised that working in a team with co-authors on the same story, even in another country, is a great pleasure. You can share your experiences or even the cloning work and in the end you can publish your research data together in a good journal. 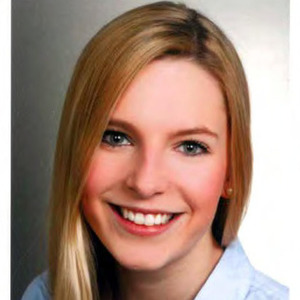