As it happens every year with the arrival of cooler temperatures, many of us will stay in bed for several days coping with the flu. Influenza A viruses (IAVs) are responsible for this seasonal epidemic that severely impairs our daily activities, negatively impacting global economy. Vaccination campaigns are in place to mitigate the general impact of the flu but due to antigenic drift, a new vaccine has to be produced every year at the expense of our health care systems. Moreover, the broad host range of IAVs and their recombination capacity favour the appearance and transmission of new highly pathogenic strains, which has led to devastating outbreaks in the past. These new antigenic variants, to which our immune system is completely naïve, additionally threaten global health and urge the development of new antivirals.

The IAV genome is composed of eight single-stranded RNA segments that encode 12-14 proteins. These few proteins have been the target of intensive research in the past, which led to the development of antivirals. Among them, NA-inhibitors, such as oseltamivir (Tamiflu), zanamivir (Relenza) or peramivir (Rapivab), have been successfully used to control IAVs outbreaks, such as the H1N1 pandemic in 2009. However, viruses can develop resistance against NA-inhibitors, which would send us back to square one. Due to the limited number of viral proteins, cellular factors required for viral replication have been proposed as attractive targets for antiviral development. Drug retargeting strategies, in which panels of approved compounds are screened for their antiviral activity, have emerged as a way to accelerate the bench to bed transition of new therapeutic candidates. In the last few years, different high-throughput screenings have been performed aiming to identify cellular proteins required for viral replication1. Among them, kinases are particularly promising, as kinase inhibitors comprise up to 30% of drug-discovery programs in the pharmaceutical industry. However, cellular kinases involved in IAV replication had never been studied in a systematic way.

In our recent paper in Nature Communications (https://www.nature.com/articles/s41467-018-06119-y), we have performed a state-of-the-art proteomic screening, aiming to unveil the phosphoproteome dynamics in the cell within minutes of infection with IAV. Based on these data, we predicted the signalling pathways activated by the virus and the cellular kinases that would be required for the observed phosphorylation signature. We uncovered more than 200 infection-induced changes in the phosphorylation status of cellular proteins within minutes of virus addition. Our data confirm that MAPK signalling is the central signalling node during IAV entry and show that it is linked to the activation of pathways required for membrane and cytoskeleton reorganisation.

Among the predicted IAV-responsive kinases, we focused on the characterization of the role of the G-protein coupled receptor kinase 2 (GRK2) in viral replication. GRK2 has recently emerged as drug target in heart disease, as increased levels of this kinase are linked with impaired cardiac contractility. Inhibitor development is under way, which could eventually enable drug repurposing for the treatment of influenza. Using currently available GRK2 inhibitors, we could show that chemical inhibition of GRK2 efficiently inhibits replication of seasonal and pandemic strains in primary human airway cultures and helps controlling viral infection in mice. Similar to influenza viruses, GRK2 was recently shown to also promote the replication of yellow fever virus, dengue virus and Hepatitis C virus, which cause severe disease in humans2. Consequently, inhibition of GRK2 activity may represent a promising opportunity for the development of broad spectrum antivirals. 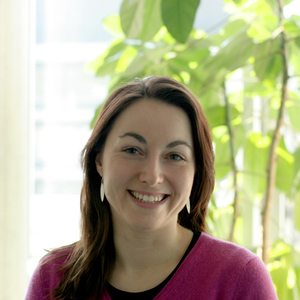