The electrifying life of Gram-positive bacteria

Extracellular electron transfer (or EET) describes the process by which microbes transfer electrons from the cytosol to exterior of the cell. Considerable interest in EET stems from the discovery that an electrode can substitute for minerals. Since this provides a mechanism by which the oxidation of organic matter can be directly converted into electricity, a number of technologies have sought to exploit EET for different applications – including as microbial fuel cells.

While EET has mainly been studied in a group of specialized mineral-respiring bacteria, our recent work identifies a novel EET mechanism that is present in metabolically, physiologically, and ecologically diverse microbes – including pathogens and members of the gut microbiota. Revelations about the molecular basis of this distinctive EET mechanism implicate a more general role for EET in microbial metabolism and could contribute to the development of bioelectrochemical technologies.

The oxidation of organic compounds allows cells to synthesize adenosine triphosphate (ATP), the cellular energy currency. One way in which this is achieved is through a process called cellular respiration. In cellular respiration, electrons derived from an oxidized carbon source undergo a series of transfers (to establish an “electron transport chain”) that culminates in their transfer to a terminal electron acceptor. While plants and animals solely use oxygen as a terminal electron acceptor, microbes that live in anaerobic environments are capable of using an array of alternatives to oxygen.

Most respiratory processes take place within the cell membrane. However, some microbes use a mechanism called extracellular electron transfer to access respiratory electron acceptors on the exterior of the cell. This process has been best studied in a group of bacteria that reside in environments where mineral oxides (such as iron and manganese oxide) are abundant. While mineral oxides represent an energetically favorable electron acceptor, their insolubility prevents their diffusion into the cell membrane. These microbes thus seem to use EET as a mechanism to access minerals in the only way possible, which is outside the cell.

In a recently published paper, we identify and characterize a new type of EET activity that is very different from previously characterized systems. The paper’s narrative kicks off with the hypothesis that the foodborne pathogen Listeria monocytogenes possesses EET. However, in actuality it was a series of experiments undescribed in the manuscript led us to consider this possibility.

Previous studies in the Portnoy lab, by former lab members Michelle Reniere and Jon Portman, had found that reducing agents were capable of activating virulence genes in this foodborne pathogen (Reniere et al., 2015; Portman et al., 2017). These results led to questions of redox sensing and homeostasis to become a major interest in the lab. As a new postdoc in the lab, it was with the goal of developing a better understanding of “host sensing” mechanisms that Dan suggested I conduct a genetic screen in search of L. monocytogenes mutants with altered susceptibility to reducing agent toxicity.

I had expected to identify mutants with increased sensitivity to reducing agent, but to my surprise (and for reasons that we still don’t fully understand) resistant mutants emerged far more frequently. An analysis of these mutants led to the initial identification of the genes described in the paper and to the realization that L. monocytogenes likely possessed a molecular mechanism for moving electrons out of the cell.

At this point, we were only vaguely aware of EET, but after poring over the literature and helpful conversations with several colleagues, we started to suspect that we might be dealing with a new type of EET. Because EET transfers electrons out of the cell, its activity can be picked up by an electrode. Electrochemical measurements thus provide an excellent method for establishing the existence of an EET system. It was our good fortune that Caroline Ajo-Franklin’s group, just up the hill at Lawrence Berkeley National Laboratory, had plenty of experience studying the electrochemical properties of microbes. In Caroline’s lab, I worked with Lin Su and Jose Cornejo and, by performing electrochemical experiments, we definitively established that L. monocytogenes did indeed possess EET activity.

After having established the existence of EET, we shifted our focus to characterizing the function and molecular basis of the activity. Genetic, biochemical, and proteomic studies with Raf Rivera-Lugo in the Portnoy lab and Tony Iavarone in the Department of Chemistry allowed us to construct a model of the molecular mechanism. With Alex Louie in the Portnoy lab, we found evidence supporting the conclusion that EET is important for anaerobic growth and for replication or survival within the mammalian gastrointestinal tract. Finally, we found that genes for this EET system are present in diverse Gram-positive bacteria and confirmed that at least some of these species possessed EET activity.

While our discovery of this new EET mechanism was serendipitous, perhaps it was one of those moments that seem so frequent in science, where a discovery’s time had come. Within the last several months, papers from Kim Kline’s lab at Nanyang Technological University and Lars Hederstedt’s lab at Lund University described EET activities in Enterococcus faecalis that likely result from the same system (Keogh et al., 2018; Pankratova et al., 2018). It will be interesting to see where the study of Gram-positive EET goes in the future.

What I find exciting about the characterization of this new EET system are the ways in which it both challenges our understanding of EET and stimulates new questions about the function of the activity. EET has mainly been studied in two-membraned Gram-negative bacteria, but the newly identified system is exclusively found in one-membraned Gram-positive bacteria. While previously characterized growth-supporting mechanisms are characterized by multiple multi-heme proteins, this new EET mechanism seems exclusively use redox-active flavins to move electrons out of the cell. Moreover, while previously studied EET systems have been studied in the context of mineral respiration, the newly identified system is abundant in bacteria that do not appear to be mineral-respiring specialists. Finally, while previous EET mechanisms are found in bacteria that prioritize respiratory metabolic strategies, this new system is abundant in bacteria that primarily rely fermentative strategies. Clearly, much remains to be learned about the role of EET in the microbial world. 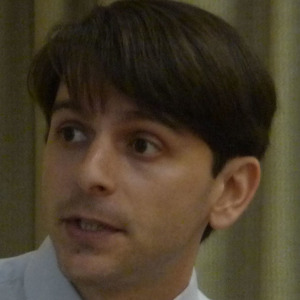