For bacteria, aging can become uncoupled from cellular death. In our new study, we show that a population of phenotypically heterogeneous bacteria reaches two states of growth equilibrium, which are continuously connected by processes of aging and rejuvenation.

Aging, according to the classic definition, is a progressive decline in function that culminates with the death of an organism. As humans, one of the causes of the aging phenotype is the accumulation of damage throughout our lifetime. We retain this damage upon reproduction, generating a completely rejuvenated offspring. Because bacteria such as Escherichia coli do not exhibit this clear distinction between parent and offspring, they were long thought not to age.

This perspective began to shift recently, with the observation of a physiological asymmetry between daughter bacteria after division. Over their (admittedly short) lifetimes, bacteria accumulate damage in the form of misfolded proteins, which aggregate into inclusion bodies. These larger aggregates are retained at the cell poles and inherited by one of the daughters. A bias thus arises upon cell division, where one of the daughters inherits a conserved cell pole carrying accumulated damage, while the other inherits a newly synthesized pole harboring a smaller damage load. This differential inheritance has physiological consequences. The daughter inheriting a conserved pole displays longer doubling times and slower elongation rates, thus being called the old daughter. Its sibling, on the other hand, exhibits faster growth and shorter doubling times, being called a new daughter. While this asymmetry is not extreme, it produces a large phenotypic heterogeneity in bacterial populations.

Although several studies reported bacterial asymmetry, the topic soon became controversial with the observation of long-term replicative immortality in E. coli. This study used microfluidic techniques to perform long-term imaging of growing cells, and showed that E. coli lineages could be cultured for hundreds of generations without showing functional decay. Without functional decline leading to death, bacteria were once more regarded as non-aging organisms.

We became interested in trying to conciliate these opposing views. At first, we hypothesized that the infliction of extrinsic damage on a culture could produce the aging phenotype, while unstressed cells did not harbor enough damaged proteins to produce a significant asymmetry. This would explain why bacteria cultured in microfluidic devices, thus maintained in a healthy environment, did not show signs of aging. Our experiments supported this hypothesis, but we believed that the subject could be further explored.

On the left, a microfluidic device set up on the microscope. The team that made this study: Lin Chao, Audrey M. Proenca, Camilla Ulla Rang, Chao Shi, and Christen Buetz. Author contributions: CB brought the Christmas tree; AMP, CUR, CS and CB provided decoration with lab supplies; LC pretended he didn't see it (and turned out equally fond of the tree). We thank C. Aguzzoli for kindly contributing with the snowman. On the bottom right, the messiest plot of this study, showing the absence of spatial bias between new and old daughters within a microfluidic device. It became our lab t-shirt.

Through computational modeling, we began to believe that a long-term culture could lead bacteria to a state of equilibrium. Without extrinsic damage, the entire population should reach a single state of growth equilibrium, maintaining constant doubling times over time. However, the moderate addition of extrinsic damage should cause new and old daughters to display physiological asymmetry, thus resulting in the stabilization around two distinct equilibrium states. Could this state of growth equilibrium explain how bacteria could display both immortality and aging?

To answer this question, our lab started experimenting with microfluidic techniques. We initially used the mother machine design from previous studies, developed by Wang et al. (2010). In this device, old daughter lineages could be cultured for several generations with a continuous supply of culture medium. We were extremely excited to observe the confirmation of our predictions: new and old daughters had a clear physiological asymmetry, but both exhibited a stable growth over time, hinting at the existence of an equilibrium state. We eagerly presented these results in seminars and conferences over the next few months, excited to show that asymmetry and immortality coexisted in our experiments. However, time after time, we encountered the same questions from the audience: Are you sure the old daughters are not simply starving, thus growing more slowly? Can you say this is aging, when the elongation rates are constant?

Unfortunately, we could not answer these questions with the mother machine device. We then turned to a new trap design, where new and old daughters grew without a spatial bias — in fact, the resulting spatial distribution plot was so beautifully random that it became the new lab t-shirt!

With this new design, called daughter device in this study, we were able to follow both new and old lineages over generations. We observed that the population stabilized around two distinct points of growth equilibrium, retaining immortal proliferation. Because cells in equilibrium are constantly dividing and producing a daughter of the opposite polarity, there are cells continuously converging from one equilibrium to the other. Thus, the two equilibria are connected by aging and rejuvenation, producing deterministic age structure landscapes in bacterial populations.

We hope that our study will contribute to the characterization of aging as a ubiquitous phenomenon among biological organisms. 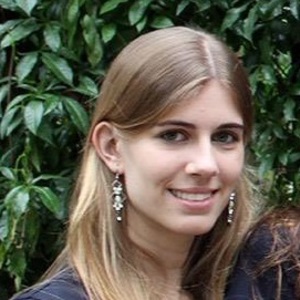