A small ISG with big consequences for flavivirus replication

The paper in Nature Microbiology is here: go.nature.com/2xgr3Pg

The type I interferon (IFN) signaling pathway can be considered a first line of intracellular defense against invading pathogens, but the exact mechanisms for many interferon-stimulated genes (ISGs) are not defined. IFI6 is an ISG that was identified nearly thirty years ago—and had even been previously speculated to have antiviral activity—but had not been well-characterized. In our recent Nature Microbiology publication, we confirmed IFI6 was the antiviral protein it had been long predicted to be.

As an early graduate student, I had already started characterizing the antiviral activity of IFI6 based on our previous ISGs screens showing it inhibited flaviviruses such as yellow fever virus (YFV) and dengue virus (DENV). During the course of these studies, our lab embarked on genome-wide CRISPR screens as a loss-of-function approach to complement our gain-of-function ISG screens. The results of our first CRISPR screen with YFV were quite surprising. We designed the screen expecting to recover many components of the IFN pathway as hits, since the CRISPR cells were stimulated with IFN and any cell unable to signal correctly would likely have a defect due to knockout of a factor in the IFN pathway. We were also hoping to uncover any number of downstream ISGs that mediated interferon’s activity. To our surprise, IFI6 (along with its chaperone BiP) was the only interferon pathway component that wasn’t a known signaling molecule. No other downstream ISGs were identified, further emphasizing the importance of IFI6 during an antiviral response to flaviviruses. This result does not diminish the role of other antiviral host factors, but instead likely reflects the dominance of IFI6 and signaling molecules in this interferon-based CRISPR screen. Additionally, these results confirm what was suggested from gain-of-function screens -- not all ISGs are necessary or even relevant for infection with a given virus.

One of the most important observations we made about IFI6 was its localization to the endoplasmic reticulum (ER). Previous literature reported IFI6 to be a mitochondrial protein, and we spent some time using this as the basis for experiments that ultimately led to many dead ends. Upon analyzing the amino acid sequence of IFI6 with signal peptide prediction software, we realized IFI6 had a putative signal peptide which suggests localization in the secretory pathway. We were cautious in this characterization, but ultimately gained confidence with a battery of localization experiments that definitively placed IFI6 at the ER. Indeed, localization to the ER made much more sense given the ER is utilized extensively during the flavivirus life cycle, and this, in turn, allowed us to form new hypotheses about what IFI6 could be doing during viral infection.

Some of the most informative results for beginning to understand the mechanism of IFI6 came as “negative data” from hepatitis C virus (HCV) experiments. Despite being a close genetic relative to flaviviruses, HCV was not inhibited by IFI6. Even more puzzling, these viruses both replicate at the ER. These results led us to ask: "what are the differences between YFV replication and HCV replication?" Previous experiments with YFV showed that early steps in the life cycle like entry, translation and polyprotein processing were not affected by IFI6.  These results led us to believe some part of the replication phase was the likely target since this was the next step in the viral life cycle. We felt the most striking difference was in the architecture of the replication complex (RC). As several other groups have shown, flaviviruses like YFV form single-membrane RCs that bud inward toward the lumen of the ER, while HCV forms double membrane RCs that extend outward into the cytoplasm. We hypothesized the difference in antiviral activity is related to the direction in which the complexes form: flaviviruses are unique in their formation of RCs that bud inward in the ER despite numerous other viruses and viral families utilizing these membranes for replication. On a more global scale, there are very few—if any—examples of normal cellular processes that result the inward budding of ER membranes akin to the flavivirus structures. This may indeed allow IFI6 to act in a very targeted fashion.

While we do not yet understand all of the mechanistic details of IFI6's activity, we think IFI6 acts prophylactically to block viral proteins from inducing changes in membrane curvature. Indeed, IFI6 is unable to inhibit the virus if replication is already established. The most striking aspect of this activity is its specificity to flaviviruses. This raises several questions: Are other viruses that use ER membranes targeted by IFI6? Is this the only role for IFI6 in the cell? Are there other IFI6-like proteins that act on viruses replicating in different parts of the cell? Despite being a small protein (11kDa), IFI6 makes a big impact on the replication of flaviviruses, and its mechanism of action could serve as a potential strategy for antiviral therapy developed against flaviviruses. 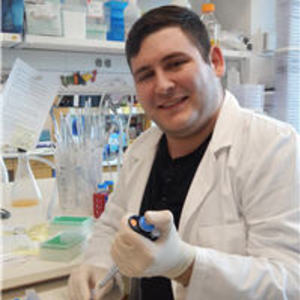