Infants are affected by the antibiotic resistance crisis and carry more resistant bacteria in their gut than adults, irrespective of whether they have been treated with antibiotics or not. It has been unclear where these bacteria come from and if the maternal gut microbiota and breast milk contribute to the assembly of the gut resistome in early life.

Antibiotic resistance has been the focus of our research group for a long time. One day, my colleagues and I started talking about breast milk during a break. I had thought that breast milk was sterile but I found out, to my big surprise, that I was wrong - one drop of breast milk has dozens of bacteria and other microbes. I thought it was fascinating and I began to wonder if there were also antibiotic resistance genes in breast milk. A few years passed and many new publications about the infant gut resistome came out. All of them told the same story, small babies, even the ones who have never had antibiotics, have even more resistant bacteria than adults, who on average have had several courses of antibiotics during their life.

It was fascinating to find that breast milk had resistance genes and that genes are transferred to the infant gut, but we wanted to know more about how breast milk affects the infant’s resistome. We discovered that despite the fact that breast milk has relatively high concentrations of resistance genes, it turns out that babies who have been breastfed for at least six months, have lower abundances of resistance genes compared to babies who aren’t breastfed. This makes sense if you think about how the microbial community changes with breast milk compared to formula - bifidobacteria become more abundant and the abundance of E. coliand other bacteria, which are often multiresistant, increases. In addition to transfer between breast milk and baby’s gut, we were also able to show that genes are transferred to the baby from the mother’s gut. There, we could see a clear signature of both resistance genes and mobile genetic elements for related mothers and infants. This was also an interesting finding, since this is the first time increased similarity of gut resistance genes between related mothers and infants have been shown.

Antibiotic resistance has been extensively discussed in the media in recent years, and for a good reason, since antibiotic resistant bacteria pathogens have become increasingly common. Babies don’t have fully developed immune systems and antibodies to protect against infections the same way as adults do, so infections caused by resistant bacteria can have serious health effects in infants if treatment fails. Sadly, it has been estimated that more than 200 000 infants die annually due to resistant septic infections. I hope that our paper can give insight into the development of the infant resistome and that we as a scientific community will find possible solutions to the resistance crisis at hand.

The paper in Nature Communications is here: go.nature.com/2ONGJQH 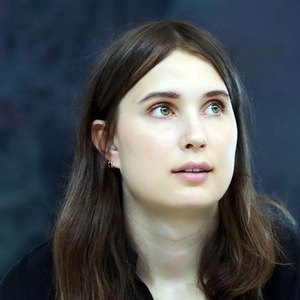 Katariina Parnanen
over 2 years ago

Apologies for a typo, this is the correct sentence:

This makes sense if you think about how the microbial community changes with breast milk compared to formula - bifidobacteria become more abundant and the abundance of E. coli and other bacteria, which are often multiresistant, decreases.