The paper in Nature Microbiology can be found here.

The work presented in this paper was the result of a strong collaboration between the laboratories of Dr. Scott J. Hultgren and Dr. Peng Yuan at Washington University in St. Louis.

Chaperone-usher pathway (CUP) pili are extracellular proteinaceous fibers ubiquitously found on Gram-negative bacteria. Type 1 and P pili are produced by uropathogenic strains of E. coli and are tipped with the FimH and PapG adhesins, respectively, to mediate host and tissue tropism to the bladder and kidney. During pilus assembly hundreds of individual pilus subunits called pilins are first exported across the inner membrane to the periplasm. Chaperone-pilin complexes are then guided to an outer membrane (OM) nanomachine called the usher, which catalyzes subunit-subunit interactions. The usher contains five functional domains: a 24-stranded transmembrane β-barrel domain, a β-sandwich plug domain that resides in the pore of the TD in the apo-usher, an amino-terminal periplasmic domain (NTD) and two carboxy-terminal periplasmic domains (CTD1 and CTD2). Assembly events are coordinated by the usher and require all five functional domains of the usher for productive interactions between pilus subunits during fiber polymerization. Taken together, the chaperone-usher pathway represents an ideal system in which to study the mechanisms by which binding and allosteric interactions drive sequential steps in a multi-domain assembly machine without ATP or other energy inputs at the bacterial OM.

To date, all crystal structures of pilus assembly intermediates in the type 1 pilus system have been observed to adopt a post-activation state, in which the plug domain is already expelled from the ß-barrel lumen and the chaperone-subunits are localized to the CTDs.  What is unique about our study is that it presents the first crystal structure of an usher-chaperone: subunit complex in the P pilus system, a CUP pilus system that has been extensively used as a model system for functional analysis of CUP pilus assembly but whose pilus assembly intermediates have previously been recalcitrant to structural studies. We were able to overcome this hurdle by developing a system for reconstitution of usher-chaperone: subunit complexes in vitro rather than co-expression and co-purification of these complexes in vivo. We suspect that our approach promotes conformational flexibility of the usher in solution, thereby allowing multiple conformational states to be sampled, whereas the latter approach may skew the sample towards the more stable CTD-bound form of the usher and might explain the precedence for CTD-bound usher structures currently in the literature.

We were excited to find that our structure revealed the full-length PapC usher with PapDG bound by both the NTD and CTD2 domains and the plug domain still located within the TD pore. We were quite thrilled about this observation because it represented the first structure in which a full-length usher’s NTD was engaged with a chaperone-substrate. We termed this a “pre-activation” state because although the usher’s periplasmic domains are engaging the chaperone-adhesin the plug domain remains within the ß-barrel lumen, thereby blocking insertion and extrusion of subunits into the pore and extracellular milieu, respectively. We were able to demonstrate that the key interfaces observed in our structure are functionally relevant during pilus biogenesis through in vitro and in vivo assays. We hypothesize that the PapDF chaperone-pilin complex plays a critical role in completing usher activation in the P pilus system by promoting plug domain displacement and subunit transfer, and we hope to further dissect this mechanism in the future.

Our structure provides unprecedented insight into the mechanism by which the outer membrane usher is activated by the chaperone-adhesin to initiate assembly and how the usher facilitates intramolecular subunit transfer from its N-terminus to C-terminus during pilus elongation events. Excitingly, this structure provides a template for the design of novel small molecules that sterically block the NTD-CTD2 interface to selectively hinder the usher from acting as an assembly platform for the development of antibiotic-sparing therapeutics. Overall, this study furthers our understanding of the intricate workings of a bacterial nanomachine that catalyzes CUP pilus assembly and opens the door for the development of potent inhibitors that block assembly of a class of major bacterial virulence factors. 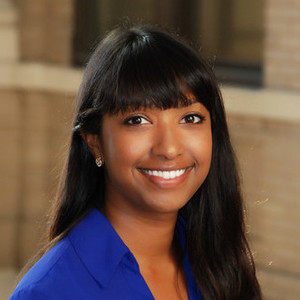