Last year, tuberculosis (TB), caused by Mycobacterium tuberculosis (Mtb) killed 1.5 million people, overtaking HIV/ AIDS – this reflects massive advances in treatment of HIV, which haven’t been matched in the treatment of TB. Although almost all cases of TB are curable, the treatment is extremely long, and no progress has been made in shortening treatment in 40 years, since the introduction of the drug rifampicin: which reduced the regimen duration from 18 to 6 months.

So why is the TB regimen so long?  We believe it is at least partly because Mtb is hard to kill, even in the absence of drug resistance.  This phenomenon: of bacteria not being killed by an antibiotic, even when genetically drug-susceptible, is termed antibiotic tolerance.  Antibiotic tolerance is almost always due to a small proportion of the total number of bacteria – a subpopulation – that have differential susceptibility to the drug: i.e. are not killed, or killed more slowly by the drug than the majority population.  Most studies on bacterial antibiotic tolerance focus on a type of subpopulation known as “non-replicating persisters” – these are bacteria that have stopped growing, and are usually tolerant to multiple different antibiotics.  But when I started my graduate studies, I wanted to focus on a different type of tolerance in mycobacterial subpopulations: a subpopulation that not only survived concentrations of the drug that killed the bulk population (“bulk-lethal”), but also grew in the presence of the antibiotic.  This subpopulation didn’t have a name: I chose to call them “growers”.

How to study growers?  I used three different techniques.  First, I noticed that if I plate a population of mycobacteria onto an agar plate containing rifampicin above the bulk-lethal concentration, a small proportion of the bacteria – inversely proportional to the drug concentration – formed colonies, but this wasn’t due to drug resistance.  If I picked a ‘resistant’ colony, and grew it without antibiotics, the resistance phenotype disappeared: this doesn’t happen in genetic resistance.  Secondly, I labelled the bacterial cell walls with a fluorescent dye.  As the bacteria grew and divided, they added new, unlabeled cell wall material, and quickly lost fluorescence.  If I cultured the mycobacteria with antibiotics, I could test, by flow cytometry, which looks at the fluorescence of individual cells, whether any bacteria lost fluorescence in bulk-lethal antibiotic concentrations.  Importantly, this technique would differentiate “growers” from “persisters”, since persisters wouldn’t grow, and hence lose fluorescence (Fig. 1).  I found that treatment of the culture with rifampicin (or other inhibitors of RNA polymerase, the target of rifampicin) led to a subpopulation of growers, but not with other antibiotics.  So I called the tolerance I was studying RSPR: RNA polymerase-specific phenotypic resistance.  Since RSPR was specific for inhibitors of RNAP, that led me to a clue to what was causing RSPR.  I used a third technique, microfluidics, to study the grower subpopulation.  Here, a few bacteria could be grown in tiny chambers and viewed by microscope: I labelled the β subunit (RpoB) of RNAP with a fluorescent tag, and showed that when the population was exposed to rifampicin, most of the bacteria quickly died: but a few not only survived, but grew: all the growers had one thing in common: they first increased (upregulated) the expression of RpoB within the cell.

How could rifampicin, an inhibitor of transcription, cause upregulation of rpoB?  I showed that rpoB expression is controlled by two promoters, and the first promoter, P1, actually inhibits expression from the second, stronger promoter P2.  However, P1 is highly sensitive to inhibition by rifampicin: when the cell encountered rifampicin, P1 was shut-down, allowing P2 to work at maximal strength, and increase expression of RpoB (Fig. 2).  These observations have potentially important implications: a) how common are “grower” tolerant subpopulations?  Do they occur with other antibiotics?  b) our data suggest that increasing the concentration of rifampicin may be able to overcome RSPR-type tolerance: and indeed, there are currently clinical trials underway to test this approach.  Mtb may be hard kill, but that has only spurred me on to work harder to find new ways to kill it. 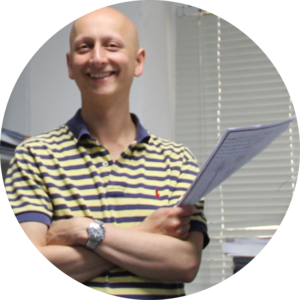