The human gut harbors a vast community of microbes, known as the human gut microbiota, with the ability to deconstruct and utilize a wide range of polysaccharides found in the human diet. The human gut microbiota collectively encode and express an incredible variety of carbohydrate active enzymes which are absent from the human genome. The human host and gut microbes form a symbiotic relationship in which the host benefits from microbial metabolites and the microbes are supplied with a plentiful nutrient source in the form of dietary polysaccharides.  Foods that contain arabinogalctan (AG) include many soft drinks and confectionery as Gum Arabic AG, as well as vegetables which contain larch-type AGs.

We then created an integration mutant of B. theta that presents the arabinogalactanase from B. cell at the cell surface, called B. theta::Baccell_00844 to test the hypothesis that keystone status is dependent on presence of an endo-arabinogalactanase presented on the cell surface of the bacterium.  Indeed, this engineered B. theta could utilize AG itself while also supporting growth of oligosaccharide utilizing B. ovatus, in co-culture with AG as the sole carbon source. This demonstrates that keystone status in Bacteroides polysaccharide utilization is conferred by the presence of an endo-acting enzyme at the cell surface.

Our study sheds light on the utilization mechanisms employed by Bacteroides to degrade and utilize AG, a complex polysaccharide present in the human diet. We also demonstrated interactions between different Bacteroides species during AG utilization highlighting potential nutrient cross-feeding networks between the individual species. 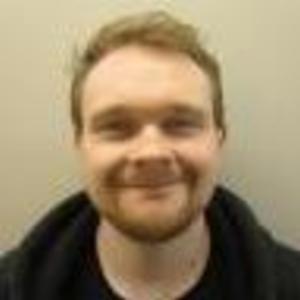