Full paper can be found at: https://go.nature.com/2SCoZK6

Due to the lack of a properly functioning immune system, people living with HIV are also highly susceptible to developing a wide array of cancers, in particular blood cancers, known as “hematologic malignancies” (Clifford et al. 2005; Sutton et al. 2001; Williamson and Leitch 2016). These patients, many of whom fail chemotherapy, are candidates for bone marrow transplantation, also known as hematopoietic cell transplantation (HCT) (Alvarnas, Zaia, and Forman 2017). In 2008, one such patient, known as “The Berlin Patient” received a bone marrow transplant from a healthy donor (Hutter et al. 2009). To this date, he is the only individual known to have been completely cured of HIV (Allers et al. 2011; Hutter and Thiel 2011; Hutter 2016). The major elements of his transplant that are thought to have contributed to the Berlin Patient’s cure are: 1) The pre-transplant conditioning he received with chemotherapy and radiation therapy, which may have eliminated some of the HIV-infected cells; 2) The fact that his transplant used donor cells expressing a naturally occurring genetic mutation, ‘CCR5Delta32’, that confers resistance to HIV infection (Huang et al. 1996; Liu et al. 1996); and 3) The fact that he developed a non-lethal form of Graft-Versus-Host-Disease, (GVHD), an immune reaction that many patients experience following HCT (Hutter and Thiel 2011). During GVHD, the donor T cells (the “Graft”) attack the host’s cells and tissues. While GVHD can make patients sick, it has also been shown to help clear leukemia cells (known as the ‘Graft-Versus-Leukemia’ or ‘GVL’ effect).  It is now thought that it could potentially help clear HIV-infected cells (termed ‘Graft-Versus-Viral-Reservoir’ or ‘GVVR’ effect), and thus could be one component for HIV cure. While each of these factors may have contributed to the Berlin patient’s cure, it has been difficult to determine the relative impact of each, in large part, because the field has lacked a preclinical model to answer these questions.

To address this need, our group developed the first allogeneic bone marrow transplantation model in non-human primates that were infected with an HIV-like virus (Simian-Human Immunodeficiency Virus, SHIV), and suppressed with antiretroviral (ART) medications. We transplanted bone marrow isolated from healthy donors into 3 SHIV-infected, ART-suppressed recipients (Fig. 1) and then rigorously analyzed 20 tissues isolated from the animals at their post-transplant terminal analysis.

We found that following bone marrow transplantation in ART-suppressed recipients, although the virus RNA was present at exceedingly low levels (or was undetectable) in the blood and in the bone marrow, it’s DNA nonetheless persisted in other tissues including the lymph nodes, the tonsils, specific regions of the intestinal tract, and the brain.

These studies suggest that allogeneic transplantation alone, without the addition of anti-HIV genetic resistance factors, may not be sufficient to completely eliminate the residual HIV DNA reservoir.  This model represents a valuable advance in the HIV cure field, and could prove particularly useful to understand what truly will be required for complete eradication of HIV in infected patients. 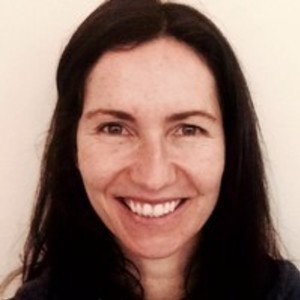