The human gut microbiota of healthy young adults gradually recovers after a combination of last-resort antibiotics intervention. However, the gut microbiota exhibits a mild yet long-lasting foot print after the treatment. After the antibiotic exposure the survival and colonization odds for each microbe depend on its resistance gene and virulence factors repertoire.

The NovoNordisk Foundation Center for Basic Metabolic Research (NNF-CBMR) is a research center based on the beautiful Copenhagen (Denmark) (Fig. 1). It promotes several initiatives to foster collaboration among researchers and build bridges between research institutions. In an alliance with few Danish hospitals and BGI-Shenzen, we have characterized the gut microbial changes during various interventional therapies. As a result of this collaboration, we are now presenting on Nature Microbiology the effects of a combination of antibiotics in young healthy males (https://www.nature.com/articles/s41564-018-0257-9).

Figure 1. Maersk tower in the center of Copenhagen where the NNF Center for Basic Metabolic Research is based.

After antibiotic exposure, microbial communities change their composition and evolve, optimize and disseminate antibiotic resistance genes (ARGs). The gut ecosystem is considered a reservoir of antibiotic resistance, which is a serious health concern. Several studies have shown the effect of a particular antibiotic in the gut community. However, the effects of a multiple-antibiotic treatment on the gut microbiota and the role of ARGs in microbial persistence have not been studied so far. Some coauthors of the present paper conducted recently an intervention in 12 lean and glucose tolerant men, who underwent prospective eradication of the gut microbiota through a modified multidrug cocktail used in intensive care units, and reported no effects on the host metabolism (https://journals.plos.org/plosone/article?id=10.1371/journal.pone.0142352). In our study, by using shotgun metagenomics on the fecal samples collected for these 12 individuals (before and 4 time points after treatment up to half a year), we characterized the process of eradication, survival, regrowth and reestablishment of gut microbial communities. First analyses of the data showed a clear recovery of the gut community to the antibiotics treatment (Fig. 2) despite the initial decrease of butyrate-producers and the increase of some low abundant enterobacteria or other pathobionts. Despite the recovery, some species such as few Bifidobacterium species detectable at baseline remained undetectable during the rest of the study.

While I was sharing these preliminary results during a poster session at the Human Microbiome conference (EMBL, June 2015), I met Sofia Forslund. We hypothesized that the different recovery patterns observed could reflect the antibiotic resistance potential of the species (resistome). This conversation went over most of the poster session and definitely shaped our collaboration. Contrary to our initial expectations we did not observe an immediate enrichment of ARGs for the antibiotics used. However, using the metagenomic species (MGS) method that bins coabundant genes in one genome (MGS) and mapping the ARGs to these MGSs, we tested whether antibiotic resistance potential modulates gut microbial recovery following antibiotic exposure (Fig. 2). After treatment, species with beta-lactam resistance exhibited initially increased odds of survival and de novo colonization. Harboring glycopeptide or aminoglycoside resistance increased the odds of de novo colonization, however, the former also decreased the odds of survival, which could reflect that such resistance mechanisms may be inactive or too energy- and time-consuming to be activated during the short multidrug course. We could also verify that compositional changes under antibiotic intervention in vivo matched results from recently published in vitro susceptibility tests (https://www.nature.com/articles/nature25979).

Future studies should verify whether the gut microbiota is also resilient to multiple antibiotic exposures over longer periods, and whether the resilience observed holds in children with an immature gut microbiota or in elderly people with a more perturbed intestinal microbiota. Future drug development may use our findings to design combinatorial drugs to tackle resistant microbes. Also these findings may be relevant to design after-drug therapies to restore the abundance of beneficial species with direct colonization resistance such as Bifidobacterium species, depleted by our antibiotics intervention. 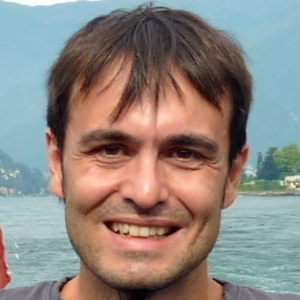