Locomotion is important to many complex behaviors such as foraging, mating and evading predators, and is closely related to metabolism. The gut microbiome is known to modulate various aspects of host physiology, including behavior and metabolism. Studies in mice have previously implicated microbial involvement in locomotion; however, potential pathways linking bacteria to motor behaviors have been relatively unclear. Due to the similarities in locomotion between arthropods and mammals, we set out to examine if the microbiota modulates locomotion in flies and determine the underlying mechanisms for this regulation.

We decided to use flies as a model system to study connections between gut bacteria and the nervous system due to their interesting microbial community and the widely available genetic tools. We were also very fortunate to receive advice and helpful comments from both our colleagues at Caltech and within the broader Drosophila community.

We found that female axenic (germ-free) flies exhibited heightened levels of locomotion compared to conventional females. To evaluate if these behavioral differences were due to a general feature of the gut microbiota or specific to particular species, we mono-associated axenic flies with one of three strains of bacteria found in laboratory flies, which we received from Won-Jae Lee’s lab at Seoul National University. We found that flies associated with Lactobacillus brevis, but not L. plantarum or Acetobacter pomorum, had average walking speeds similar to that found in our conventional flies. Due to these changes in locomotion, we transported our flies to Columbia University where our collaborators in the Marka laboratory helped us analyze changes in gait as modulated by the microbiome (example image below).

Next, in collaboration with Jost Vielmetter, Director of the Protein Expression Center at Caltech, we set out to uncover the molecular mechanism by which L. brevis modulates host locomotion. It would be fair to say that we encountered a bit of difficulty at this stage. While we found that the molecule(s) of interest contained a protein component, multiple attempts to identify the bacterial derived molecule(s) proved unsuccessful. Taking a different approach, we decided to test if E. coli was able to have similar effects due to the genetic tools in E. coli and mutants available from the Yale Coli Genetic Stock Center. As both L. brevis and E. coli were able to decrease host walking speed, we tested single gene mutants in E. coli related to carbohydrate and amino acid metabolism and found that strain lacking xylA, or the gene encoding xylose isomerase, was unable to modulate locomotion. Furthermore, we found that the behavioral effects of xylose isomerase are mediated through octopamine, the invertebrate counterpart of noradrenaline.

The peer review process also considerably strengthened this work, and we are thankful for the constructive suggestions from our reviewers. One question we were asked to address was how xylose isomerase may modulate host behavior. To answer this, we collaborated with the GlycoAnalytics Core at University of California, San Diego. Addressing this question and others raised during the manuscript review process opened up very exciting and interesting new findings, including the involvement of trehalose, which greatly improved the study.

We believe that our discoveries raise many new avenues for future research, which we hope will bring new collaborations across different fields. The tools for rigorous examinations of microbial communities and neuronal circuits have rapidly progressed, enabling studies revealing both a deeper understanding of the stimuli from the microbiota and the corresponding host pathways mediating their potential behavioral and physiological effects. 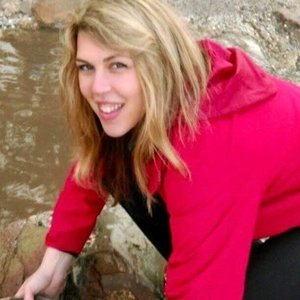