We, humans, tend to assume that we rule the Earth and like to think of ourselves as the dominant life form on the planet. However, insects are the largest and most diverse group of animals on Earth, with around a million different species known to science. Insects appeared more that 250 million years before the first mammals arose, and they will probably remain on the planet after the last human being disappears, since they have already witnessed the rise and fall of dinosaurs.

Like it or not, we are surrounded by bugs: there are approximately 200 million insects for each human. Insects can be found in every terrestrial and fresh-water habitat. No matter where you live or what you do, you will encounter insects. They are crucial components of many ecosystems, where they are the base of the food chain for other organisms, and also participate in functions as diverse as plant pollination, control of other insects and plant pests or cycling of nutrients. Besides insects, the world is also full of microorganisms, including bacteria, viruses, fungi and protozoa. These microorganisms infect insects, which have, throughout evolution, developed potent defence mechanisms to recognize and fend off microbial threats.

Most of our knowledge on how insects fight pathogens comes from studies performed on the fruit fly, Drosophila melanogaster. The vast time and energy invested in studying fruit flies as a model system established it as one of the most varied genetic toolkits available to generate basic knowledge that can be easily translated to other animal models. In immunology, the fruit fly allowed us to decipher evolutionarily conserved pathways concerning the activation of innate immunity and the recognition of microbes. First studies focused on bacterial and fungal infection, and only recently, scientists started to investigate the genetic basis of the antiviral response. It is now well established that RNA interference (RNAi), through the small interfering RNA (siRNA) pathway, plays a central role in the control of viral infections in insects.

However, most studies that address host–virus interactions and particularly, RNAi as an antiviral defence in Drosophila, are performed by needle injection of the virus into flies. This method bypasses the host's natural protective barriers (e.g. the cuticle and the gut). The most common route of infection in nature is the oral route with virus being going through biological barriers. We thus wondered whether the route of infection could impact the outcome of infection and trigger differential physiological responses, and whether antiviral RNAi also plays a key role during oral infection in Drosophila.

In our study, we orally infected larvae and adult flies using Drosophila C virus (DCV), a natural fly enterovirus. We found that, in contrast with the high mortality observed following virus injection, the survival of orally infected flies is barely affected, and in most of these flies the virus is totally cleared. Furthermore, mutant flies deficient in the RNAi response also clear the infection and eliminate virus. This suggests that RNAi is important, but not essential, to control infection and that other immune mechanism(s) act during oral infection, probably at the gut level. In addition, we found that flies orally infected with DCV produced a viral DNA (vDNA) form during infection that remains even after virus clearance. These flies have an increased tolerance to a subsequent lethal challenge with the same virus. The vDNA could be actively involved in antiviral immunity, increasing the viral tolerance to new viral infections in the same organism. Our results indicate that more studies should embrace viral oral infections, which are probably the most common route of infection during the natural insect life cycle, when studying natural antiviral immune responses.

Several questions remain to be answered. For instance, why would a short-lived organism, such a fruit fly, invest in both clearing the virus and creating immunological memory against it? What are the molecular and cellular mechanisms underlying this “memory”? Do phagocytes, by analogy with trained immunity in vertebrates, play a role? The phenomenon of immune priming that we described in our work requires an intact RNAi machinery, however viral clearance does not. Does a relationship between viral clearance and establishment of immune memory exist?

We have optimized and set up a reliable way of generating oral infections in Drosophila and tracking the fate of the virus and the nature of the immune response generated. This system can now be used to understand the mechanisms involved in immune priming in Drosophila and ultimately support the development of new strategies to fight pathogens. 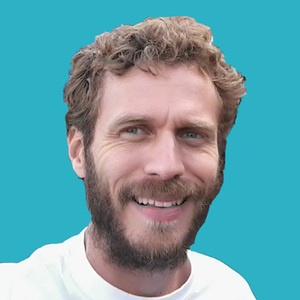