Historically, it was believed that the contents of the gravid uterus (placenta, amniotic cavity, and fetus) are sterile, known as the “sterile womb hypothesis”.  However, recent studies have proposed that the womb is not sterile and is instead inhabited by a distinct, commensal microbiome. These studies use modern DNA deep sequencing techniques to detect a low microbial biomass community.  However, these studies often have a notable lack of sequenced matched samples (e.g. maternal saliva or vaginal samples) and thorough negative controls, which are crucial to differentiate between authentic organisms and reagent contamination.  Our group performed 16S rRNA gene qPCR, 16S marker sequencing, and shotgun metagenomic sequencing on placenta samples from term and preterm deliveries alongside matched samples and negative controls to see if we could detect a placental microbiome.

With the help of the PennCHOP Microbiome Program, the Maternal and Child Health Research Center at UPenn, and March of Dimes, we analyzed samples from 20 term and 20 preterm pregnancies, including saliva, vaginal swabs, and maternal and fetal side placental biopsies.  The qPCR data showed that the placenta samples had low bacterial abundance indistinguishable from the background seen in the negative control samples, unlike the high abundance seen in saliva and vaginal samples.  In our 16S sequencing data, the placenta samples did initially show a low level of bacterial DNA—however, we found that a majority of the bacterial lineages seen in placenta were also found in our negative controls and are documented contaminants.  Performing cluster analysis showed that the communities seen in the placenta samples were not different from those in the negative control samples.  Shotgun metagenomics allowed us to deep sequence these samples for all of the DNA present.  After filtering out the human reads present, we saw that the majority of the remaining sequences from the placenta samples were annotated as Ralstonia, a known reagent contaminant and also seen in the negative controls.  After further investigation, the remaining placenta reads could be attributed to erroneous classifications.  In conclusion, our group did not detect an microbiome in placenta samples are term or preterm deliveries.

While the experimental data from this study showed negative results, the experimental design and execution demonstrated the importance of including thorough negative controls—specifically in low biomass microbiome studies.  With the advent of intensive DNA sequencing methods and their widespread use in microbiome studies, it is important to understand the pitfalls of these techniques.  Furthermore, the lack of detection of a microbiome in the placenta is also an important contribution to the fields of obstetrics and gynecology.  The microbiome plays an import role in human health, and understanding its relevance during pregnancy and fetal development is an important aspect of this field.  Recent studies suggesting to have found a microbiome inside the womb have opened a new line of thought about bacterial colonization of humans.  With reports supporting both sides of the “sterile womb hypothesis”, it is important that we have thorough scientific investigations that generate reproducible results before moving forward with further research.  This study underscores the importance of incorporating rigorous controls in the detection of an intrauterine microbiome. 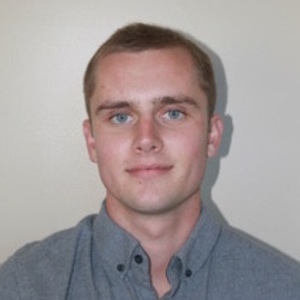