Plants are constantly exposed to pathogens in nature. My major research interest is to decipher how pathogens establish plant colonization. This question already fascinated me when I was bachelor student. As an infection strategy, pathogens secrete effector proteins, which suppress plant defense responses and modulate plant metabolism to benefit the pathogen. My favorite plant pathogens, which I am actually working on, are called “smuts”. Smuts are fungi that parasitize mainly grass plants including economically important cereals. A typical smut disease symptom, which most smut pathogens cause, is the massive formation of black fungal spores in the reproductive organs of host plants. However, the maize smut called Ustilago maydis is an exception, because this fungus causes prominent disease symptoms like tumor formation and anthocyanin accumulation (red pigment) in all above ground organs of maize. I am very much fascinated about how this pathogen has acquired such a specialized pathogenic lifestyle.

While it is not clear yet how U. maydis induces tumor formation in the infected maize tissue, in my initial work on this pathosystem I had been uncovered that the secreted Tin2 effector of U. maydis induces anthocyanin accumulation through the stabilization of the maize protein kinase ZmTTK1. I believed that the function of Tin2 effectors found in the related smut pathogens should be orthologous with U. maydis. To follow this up, I tried to confirm the interaction of ZmTTK1 with Tin2 ortholog (SrTin2) from the related maize head smut fungus Sporisorium reilianum. Unexpectedly, it was not so. At that time, I was really disappointed. However, a while later, after proving that this negative result was not connected with expression problems, and after failure to see anthocyanin induction after S. reilianum infection, I had second thoughts and considered that the function of Tin2 from two maize smuts might be diversified because of their different pathogenic lifestyles. To my second surprise, SrTin2 showed interaction with the two paralogs of ZmTTK1. This finding was just accidental, because these paralogs I had originally cloned to test them for interaction with Tin2 of U. maydis- experiments, which were a complete failure.

From these unexpected results, I started thinking about the evolution of effector function, which I had never much thought of so far. From the biology of smuts, U. maydis is likely to be something special with respect to its lifestyle. I hypothesized that its Tin2 might have become neofunctionalized. However, due to the lack of the information in other smuts, it was very tough to demonstrate that Tin2 of U. maydis has acquired a specialized function compared to other smut species. To overcome this issue, I resorted to comparative bioinformatics to predict the sequence of an ancestral Tin2 effector. When this effector was synthesized and expressed, it was very similar in function to Tin2 of S. reilianum, supporting that the function of Tin2 of U. maydis has been neofunctionalized.

Disease symptoms and Tin2 effector function in U. maydis and S. reilianum. U. maydis (upper part left) causes tumor formation and anthocyanin induction in all aerial parts of maize, while S. reilianum (upper part right) causes disease symptoms only in cobs and tassels of maize and fails to induce anthocyanin. Tin2 of U. maydis (red triangle) stabilizes the unstable maize kinase ZmTTK1, leading to anthocyanin induction. Tin2 of S. reilianum (blue triangle) inhibits the kinase activity of ZmTTK2 and ZmTTK3, leading to the promotion of fungal growth.

How U. maydis induces tumor formation of maize tissues is still enigmatic. As one possibility, I would like to propose that the neofunctionalization of fungal effectors in related pathogens has shaped the differences of their pathogenic lifestyles. A dream project based on this idea is to create a S. reilianum strain that is able to induce tumor formation by introducing U. maydis effector genes. 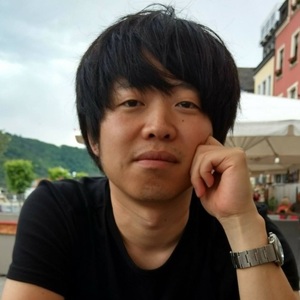