I was stunned when I stumbled on that odd gap in mapping the enzymes of the steroid metabolism of the diatom Phaeodactylum tricornutum, during my PhD in Alain Goossens’s lab, some years ago. It looked like this diatom was missing the key enzyme squalene epoxidase.

Steroids are essential components of eukaryotic cell membranes and are involved in many vital functions and as such are a universal feature of eukaryotes. As their biosynthesis depends on oxygen, it has been hypothesised that steroid metabolism evolved with the rising oxygen levels in the atmosphere ~2.3 Gya, with the advent of photosynthesis. The core portion of their biosynthesis pathway is highly conserved and likely part of the Last Common Eukaryotic Ancestor, from which all eukaryotes descend. The conversion of squalene - the universal precursor of all steroids – to 2,3-epoxysqualene is catalysed by the enzyme squalene epoxidase (SQE), the first and rate-limiting step of the pathway, occurring in every steroid-synthesising organism. Thus, SQE is considered one of the most conserved eukaryotic enzymes and ubiquitously found in plants, fungi and animals, with no alternatives ever reported.

I was amazed. There was nothing similar to an SQE-encoding gene in the genome of any sequenced diatom species. Yet, our experiments clearly showed that P. tricornutum effectively carried out the squalene epoxidation reaction. We quickly realised that not only diatoms, but a large number of organisms in the Tree of Life lacked the same essential enzyme.

This is when the “hunt” for the alternative SQE began. I eventually graduated and I moved to C3:UTS (Australia) for my post-doc. Knowing that such a relevant and potentially novel alternative enzyme might have been hiding in the algae I was handling in the lab every day kept me working on this mystery. I knew Alain was still puzzled by that too and he immediately agreed when I asked him to join forces once again.

On a beach in Ricadi (Calabria, Italy) - the occasion was my wedding -  Alain informed me that his post-doc Jacob Pollier successfully knocked-out the native SQE from a yeast in his lab, generating the strain necessary to screen a library of P. tricornutum  cDNA genes, to identify the one that could complement the mutation in yeast.  We knew this was going to be the game changer. In fact, shortly after, Jacob identified a promising candidate gene, fully characterised it in yeast and subsequently concluded that it was a novel SQE.

Our hypothesis, that the conventional SQE was not unique in nature, was confirmed. We discovered a novel, alternative squalene epoxidase (AltSQE), which was strikingly unrelated to the conventional one. We knew that this would have added an important piece to the evolution of steroid metabolism. So, we set-up a multidisciplinary team between Australia and Belgium that literally worked “day and night” because of the time difference between the two hemispheres, to understand more of this enzyme. Several aspects denoted marked differences with the conventional SQE. When Emmelien Vancaester, PhD student in Klaas Vandepoele's lab, showed us its distribution we were amazed and surprised to learn that AltSQE is not only present in diatoms, but widely scattered in the Tree of Life, mutually exclusive to the conventional counterpart, and yet overlooked until now. This represented a unique case where two completely unrelated enzymes convergently evolved, to carry out the same essential metabolic reaction.

The surprises did not finish there, as we identified a functional AltSQE in a virus that infects a bloom-forming alga, the coccolithophore Emiliania huxleyii, causing massive die-offs so large that could influence cloud formation. These viruses are known to override vital functions in their host, to infect them and propagate. Curiously, one of the hijacked pathways is the biosynthesis of steroids, which the viruses may need to assemble their envelope. For this they may use their own AltSQE, which can thus be involved in massive-scale phenomena.

The identification of AltSQE may also have applications. Some organisms that use AltSQE are toxic and parasitic algae - dinoflagellates and diatoms – which are responsible of fish and seafood diseases that can cause toxicity in humans, and can cause problems to the aquaculture industry. The identification of a novel essential enzyme in these toxic species that could potentially be targeted as “kill” switch, might offer opportunities in this space.

The discovery of AltSQE urges to reconsider commonly accepted assumptions in the evolution of eukaryotic metabolism. Next steps will be to determine the biochemical differences between SQE and AltSQE, and their selective advantage in relationship with different habitats and lifestyles of the organisms that use them. Maybe then, it may be possible to draw a more precise picture of the fascinating story of this portion of eukaryotic metabolism evolution. 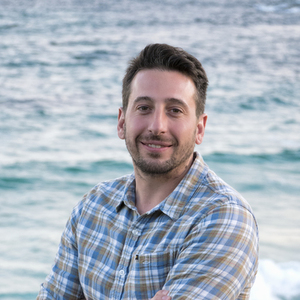