The discovery of the extraordinary complexity and abundance of microbes living on the human body has triggered a significant modification of the public view of his own body. Especially with the resulting discoveries on how microbes from these microbiota influence the host health which in turn has strongly modified the perception of the public of the role of microbes in general. But the more we dig in this field the more complex the picture becomes mainly because we know so little about the diversity of the microbes and their biological properties. As a simple example, we know now clearly that not only bacterial populate the human body but archaea, bacteriophages, virus, and fungi are present in various proportions… It happens that fungi are my favorite bugs! I will thus tell you a little about a recent story we published recently in Microbiome.

So in our lab amongst other subjects, I am interested in this specific part of the microbiota: the fungal microbiota or “mycobiota”. And our main interest is to elucidate how fungal cells can influence gut inflammation encountered in the Inflammatory Bowel Diseases (IBDs) in Humans.

This work has taken place in France in the Micalis Institute at INRA (National Institute for Agronomic Research: www.micalis.fr). Micalis Institute is part of a much larger campus where many other fields of research are investigated; it is localized at Jouy en Josas in the green suburb of the West of Paris. The campus harbors different facilities including conventional and germ-free animal facilities as well as proteomics or microscopic facilities. 340 people are working at the Micalis Institute with 130 permanent researchers, engineers and technicians.

My interest in the mycobiota has begun 5 years ago while working on a specific fungal pathogen Candida albicans I decided to widen my view, focusing not only on one microorganism but on the diversity of the fungi. An encounter with Pr. Harry Sokol a gastroenterologist, also interested in this specific microbial community was the starting point of this project. Indeed, many different results from the isolation of a probiotic strain of Saccharomyces boulardii from traditional food in the 1920s to the in vitro experiments on the pro-inflammatory function of the gut colonizer Candida albicans, pointed to a potential effect of fungi in gut inflammation. With Harry Sokol and his collection of 235 samples from IBD patients, we were the first to show without a doubt that the mycobiota was clearly modified during gut inflammation (Sokol et al. Gut 2016). Additionally, this study was used to follow the potential interactions and co-occurrence of bacteria and fungi in the gut showing that depending on the disease the two populations reacted differently.

This was the foundation of our recent publication in Microbiome: we decided to focus our research on bacterial-fungal interactions in a disease context of gut inflammation.

All the experiments were done in our conventional animal facility in the campus on C57BL/6 female mice aged 8-9 weeks. The approach we choose on this project was the modification of the bacterial microbiota by antibacterial treatments, the gavage of different fungi and to trigger the intestinal inflammation using a well-described chemical method using dextran sodium sulfate (DSS) in the drinking water. We first verified that as mentioned in the literature, Candida albicans increases the susceptibility of mice to colitis induced by DSS and that Saccharomyces boulardii CNCM I-745 had the opposite effect and decrease the inflammation and the symptoms of colitis. Interestingly using broad-spectrum antibiotic we showed that in this condition the DSS treatment is not enough to trigger colitis. Tests of each antibiotic independently showed that mainly Gram-positive bacteria targeted by vancomycin were required for the inflammation induced by DSS probably through different mechanisms involving the host immune system. Additionally, in this setting with no colitis, C. albicans had no effect on the inflammation suggesting that the C. albicans needs an inflammation at least at its beginning to affect the susceptibility of the mice.

On the other hand we showed that colistin treatment suppressed the effect of fungi on the susceptibility to DSS induced colitis. Indeed, if colistin treated mice were treated with C. albicans or S. boulardii no modification of the severity of the colitis was observed contrary to what we observed when mice received no antibiotics at the beginning of our study. These data suggested that colistin modified the bacterial microbiota in a way that influences the effect of fungi on the host. Using metabarcoding for the analysis of bacterial (16S) and fungal (ITS2) microbiota composition we hypothesized that Enterobacteriaceae might be the bacterial strain involved in this interaction with the fungal cells since colistin targeted mostly this family.

After several brainstorming sessions in our office with Bruno Sovran the postdoc working on this project and Harry Sokol we decided that one way of proving the importance of Enterobacteriaceae on the effect of fungi in mice depleted of Enterobacteriaceae by the colistin treatment was to introduce back Enterobacteriaceae in mice under colistin and expect to get back the phenotype observed in mice receiving no antibiotic. In order to do so, we used a strain of Escherichia coli resistant to colistin that we gave to all groups except one.

It was a exciting surprise to observe that supplementation with E. coli (Strain MCR1 - resistant to colistin) was sufficient to observe the pro- or anti-inflammatory effects of both fungal strains. During this experiment, we also quantified the level of colonization of bacteria and fungi and we were able to show that at least part of the effect of the E. coli was to increase considerably the level of gut colonization of both fungi.

Further investigations are needed to follow up on the mechanisms involved behind this effect of Enterobacteriaceae on fungal colonization and the effects on the host. Nevertheless, these results are strongly suggesting that the study of both populations together and their potential interaction is paramount in the future. 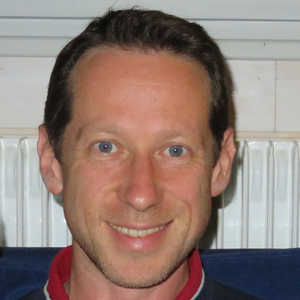