Kelly Wrighton (a co-author on this paper) and I were driving across Iowa, traveling from Columbus, OH to visit family in Helena, MT during the summer of 2014. As hard as we tried to avoid it – and once podcasts, radio stations of dubious quality, and all other topics were exhausted - conversation did occasionally turn to work during the long drive, and we began to consider the huge amounts of metagenomic data that we were collecting from deep fractured shales across the Appalachian Basin.

The hydraulic fracturing of shales to recover hydrocarbons accounts for the majority of natural gas production in the US. During this injection of input fluids (e.g., water, drill muds), microorganisms are introduced into the subsurface fracture network which subsequently colonize this ecosystem and persist for many hundreds of days (and likely even longer). An earlier paper - lead by staff scientist Rebecca Daly, and lead author of this new paper - had noted evidence for viral interactions in samples collected from a single shale well in Pennsylvania. With this new data, we were now observing similar patterns of host-viral interactions from many different wells in the Marcellus and Utica shales.

A key feature of the fractured shale ecosystem is low species-level diversity within the microbial community. Despite this, we were able to identify extensive viral diversity within the same samples, rivaling that observed within terrestrial soils. Using community genomic (metagenomic) approaches we were able to reconstruct genomes of key shale microbial community members and match viral protospacers with sequences in CRISPR-Cas arrays, thus linking viruses to their hosts. We could subsequently show tight linkages between temporal abundance patterns of dominant shale taxa and their associated viruses.

In a prior paper, we had speculated that the osmoprotectant glycine betaine was likely a central metabolic intermediate that supported persistence of the microbial community in shale ecosystems. But why would microorganisms, having invested cellular energy in GB synthesis, release this substrate into the extracellular environment for other community members to utilize? As we reconstructed viral-host interactions and the scale of viral activity in this system became clear, we speculated that viral-induced cell lysis represented a mechanism via which energy-rich metabolites could be released into the environment.

What we really needed at this stage was a way to test this hypothesis. Luckily, our research group has been successful at isolating the major community members from shale systems. We took a genome-sequenced Halanaerobium isolate (frequently the dominant taxa in shale communities) that had been recovered from the Utica shale, and that contained a prophage within its genome. What kind of compounds might induce the prophage and drive cell lysis? We tested a range of environmentally-relevant compounds, and discovered that high concentrations of both metals (copper) and metabolites (succinate) could drive prophage induction. Within the deep shale formation, high metal concentrations are typically associated with the mudstone formations and leach into the injected water. Similarly, we hypothesize that within small, poorly-connected fracture networks or pores, fermentation waste products could accumulate to concentrations necessary to drive prophage induction. Interestingly, we noted that the common antibiotic normally used to stimulate induction in laboratory tests – mitomycin C – did not work with Halanaerobium.

Now that we could induce prophage in our Halanaerobium isolate, we needed to see if this process could account for release of labile substrates into extracellular media. Our collaborator at the Environmental Molecular Sciences Laboratory, Dr. David Hoyt, was able to track changes in extracellular metabolite concentrations before and after cell lysis using Nuclear Magnetic Resonance spectroscopy, demonstrating that small metabolite molecules were released as the accumulation of intracellular viral particles resulted in cell lysis. Transmission electron microscopy images confirmed that cells were being lysed, and virus particles released into the external environment.

The genomic tractability of the deep shale ecosystem has enabled insights that might not be apparent in more complex ecosystems, shedding light on how viruses interact with their bacterial hosts, and drive community assembly at the strain level.  In the deep biosphere specifically, we hypothesize that similar processes occur in less engineered (more ‘pristine’) environments, albeit at slower rates. In effect, one might think of fractured shales as large in situ bioreactors, that can be inoculated with microbial consortia, and subsequently monitored for environmentally-relevant ecological processes. 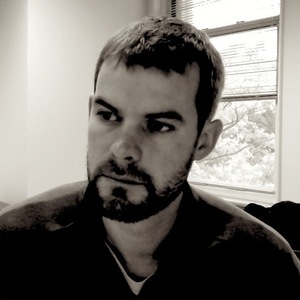