We investigated an unusual aspect of iron regulation during infection, and stumbled upon an innate antiviral pathway.

The amount and distribution of iron is controlled by the hormone hepcidin, which is secreted by the liver and regulates how much dietary iron is absorbed after a meal. But hepcidin also has a role in immunity. In response to infection by almost all bacteria and viruses, the liver produces more hepcidin, which decreases iron levels. This decrease in iron, particularly in the serum, protects against some types of serious infection, since fast-growing pathogens rely on iron for their proliferation.

However, Hepatitis C virus (HCV) infection has the opposite effect: when HCV establishes an infection in the liver, hepcidin levels are decreased, leading to iron accumulation.

We were intrigued by this phenomenon and wanted to figure out how it happens, with the hope that, since viral behaviour is under strong selection pressure, we might learn something unexpected. This was back in 2008. It took a while to figure it out and the journey has not been straightforward.

The key was to study the effect of HCV on the activity of the Bone Morphogenetic Pathway (BMP) signalling in the liver. BMP signalling is important for embryonic development and in a variety of adult processes, but in the liver, BMP signalling is absolutely critical for the correct control of hepcidin synthesis. We found that HCV inhibits BMP signalling, most likely via TNFalpha, resulting in a decrease in hepcidin.

But why does the HCV have an effect on BMP signalling: is it because of the role of BMPs in regulating hepcidin levels? Or, does the BMP pathway fight infection in other ways too?

Rather unexpectedly we found that BMP signalling also influenced Type I IFN signalling. A combination of experiments with cell lines, analyses of patient liver biopsy material, genomic studies, and ChIPseq datasets, together showed that BMP signalling altered expression of key components of the IFN signalling pathway and enhanced the transcriptional and antiviral response to IFN. However, BMP6 could also restrict HCV replication even when IFN signalling was disabled. Part of the BMP-mediated antiviral response may be due to effects on cell-cycle progression (similar to those of IFN). The effects were not limited to BMPs but also included the related proteins Activins, and were not limited to HCV - BMPs/Activins also restricted the in vitro growth of HBV and Zika virus.

Overall it looks like BMP/Activin/SMAD signalling (which is very ancient, predates IFN, and has some innate immune activity in invertebrates) may have broadly antiviral activity in human cells. My lab works primarily on iron and hepcidin in immunology, haematology, and infection. As such, the experiments that started out on HCV and hepcidin took us into thoroughly unchartered waters, as we ended up trying to get to grips with the universe of antiviral immunity. This was hard, and we needed a lot of help from some very generous collaborators – and from some sensible and constructively critical reviewers and editors (of various journals!). But finally, I think we found out some new information, which we hope will be of some general interest and will stimulate future work. 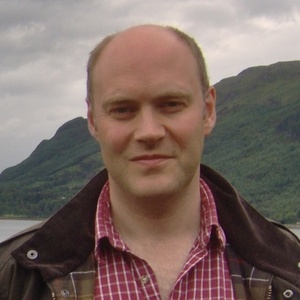