Buruli ulcer, the third largest mycobacterial disease, and tuberculosis, an ancient infectious disease which today claims more human life than any other bacterial infection are both caused by Mycobacteria. TB47, a new antibiotic candidate, inhibits these two mycobacteria by varying degrees. Here we report how the differences in the target of TB47 in them account for their differential susceptibilities to TB47. It is potentially highly potent against leprosy, the second largest mycobacterial disease. 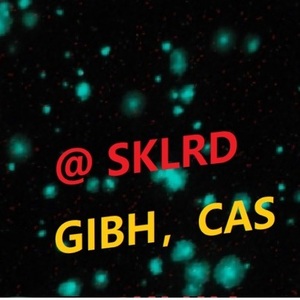 Since 2002, my research has focused on microbiology, especially on actinomyces which includes streptomyces, mycobacteria etc. During my study in Johns Hopkins University Tuberculosis Research Center from 2005 to 2010, my research focused on the development and use of in vitro and animal models of mycobacterial infections for drug development under the supervision of Drs Nuermberger and Grosset, the late tuberculosis research Chairman in WHO. I also learned genetic approaches from Dr. Bishai during the same time. I constructed autoluminescent Mtb and M. ulcerans strains respectively, and found that use of these reporter strains have the potential to drastically reduce the time, effort, animals and resources in the evaluation of drug activity in vitro and the in vivo in live mice. I also refined a mouse model of latent tuberculosis (TB) to increase its predictive value and using it to demonstrate the promise of daily rifapentine-containing regimens for ultra-short treatment of latent TB infection and later TMC207(bedaquiline) -containing regimens for potential treatment of latent MDR-TB infection. National Institute of Allergy and Infectious Diseases (NIAID) released a piece of breaking through news on March 5th, 2018 to show that “One-Month Tuberculosis Prophylaxis as Effective as Nine-Month Regimen for People Living with HIV”. This clinical phase III study was based on my animal work. I was recruited to GIBH after completing my fellowship at Johns Hopkins University in September, 2010. My research focuses on physiology of Mtb with a focus on developing new drugs against TB. Tens of chemistry groups all over the world come to collaborate with my lab. We have had very good collaboration with all of them. One good example is that we have co-developed an antituberculosis drug candidate, TB47, and sold it to a company in Dec 2015. My lab was responsible for the biological part including the in vitro activity testing against drug-resistant clinical isolates and the in vivo study using virulent Mtb infected mouse model in ABSL-3 lab. We also had cooperative project about antimycobacterial drug discovery with CSIRO (Australia) supported by CAS and CSIRO. We verified the Cys154Arg mutation in the ribosomal protein L3 can cause resistance to oxazolidinone. We found a potential new target of the first-line anti-TB drug pyrazinamide and explained from a new way about the persisters in 2017. We also found mutation ethAW21R Confers Co-resistance to Protionamide and Ethionamide in both M. bovis BCG and M. tuberculosis H37Rv. We have identified several gene mutations which can confer resistance to two new antituberculosis compounds discovered by us very recently using genome sequencing and genetic verification (unpublished). A compound COMX showed super powerful activity against M. ulcerans infection, which might shorten the duration from more than two months to ~five days. At least four series of compounds from four of our long-term partners showed antituberculosis activity in vivo very recently. We also created selectable marker-free M. abscess using a new system. All these are unpublished. I started my collaboration with Guangzhou Chest Hospital from early 2011. And then we established the Tuberculosis Lab of State Key Laboratory of Respiratory Disease in Feb 2012 and I am the co-director of the lab since then. In 2014, we reported the finding that 3’ end of rpsA might be added as the target of molecular detection of pyrazinamide susceptibility. These are typical results of my collaboration with clinical experts and doctors to solve some clinical problems.
Follow

Tianyu Zhang
over 2 years ago

If you can not see the figures, it is possibly because  your internet is too slow.