How bacteria respond to human stress

I have always been interested in studying the ecology of the human microbiome, focusing on the oral microbial community and using oral periodontal disease, a polymicrobial infection, as a model to explore and understand complex human microbial communities and the interactions among their members and with their host. A key element for bacteria to thrive in any environment is to be able to sense external signals that indicate changes in the surrounding environment. Hormones are essential signals for maintaining homeostasis in the human body but could they also be sensed by bacteria to modify their expression profiles?

Periodontal disease is the most frequent inflammatory disease and is the result of a disruption of homeostasis of the oral microbiome also referred to as dysbiosis. Indeed, it is only poorly understood how a dysbiotic microbiome initially interacts with the host to dysregulate its physiology leading to inflammation and pathological bone resorption, and we know even less about how dysbiosis arises in the first place and whether it is a cause or a consequence of the disease process.

The idea that stress hormones may have a role in oral dysbiosis occurred to me as a result of personal experience. I noticed that under stress when I brushed my teeth, my gums tended to bleed while they did not bleed when I was not stressed. Then during a talk at the Forsyth Institute where I was working at the time, Dr. Max Goodson mentioned that indeed it is common for people to develop more gingivitis under stress, supporting the idea that somehow stress hormones may the sensed by bacteria in the oral microbiome.


The most widely accepted view to explain the ability of hormones to alter bacterial physiology during infections involves the suppression of the immune system. Commensal microbiota is involved in stressor-induced immunomodulation, but other biological effects are not yet known. Throughout evolution microorganisms of the human microbiome should have developed systems for sensing host-associated signals. Among them hormones which are associated with stressors. This ability would enable them to recognize essential changes in its environment allowing them to modify their expression gene profiles to fit the needs of the new environment. What if bacteria could modify their physiology due to human stress?

Cortisol is the most critical hormone responsible for the stress response, and we know that its levels increase in saliva and gingival crevicular fluid with the severity of periodontal disease.

Using a metatranscriptomic approach we obtained a first peek into the community-wide expression profile changes induced by this stress hormone as well as which members of the oral microbiome respond to the presence of cortisol in the environment. Although this is a pilot study, our findings suggest that cortisol can induce virulence of the oral microbiome directly. We observed changes in the transcriptome profiles of the oral microbiome similar to shifts we had observed in vivo in patients with periodontal disease, and that was also associated with the progression of the disease. Furthermore, Fusobacteria was the phylogenetic group that responded more rapidly to changes in concentrations of this stress hormone.

Still, this study resulted in more questions than answers. What is the mechanism by which bacteria sense levels of cortisol? Why was Fusobacteria more affected by cortisol presence than other groups of bacteria? Do bacteria in other body sites sense human hormones?. I hope that the answers to these questions could give us a glimpse of the role that human hormones may have in bacterial dysbiosis. 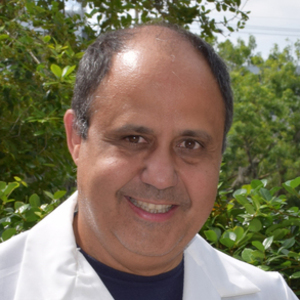