Our group specializes in vaccines and therapeutics for biodefense and emerging infectious disease pathogens, and our mission has been to develop an immunotherapeutic and vaccine that would serve as a single solution to combat the multiple strains of Filoviruses.

The Filovirus Ebola made headlines all over the world during the 2014 outbreak, when we witnessed its largest recorded outbreak in history. The 28,610 reported cases and 11,308 deaths highlighted the unmet need of an effective vaccine or therapeutic for this deadly filovirus (1). The Filovirus family are the causative agents of viral hemorrhagic fever and consists of ebolaviruses; Ebola (EBOV), Sudan (SUDV), Bundibugyo (BDBV), several variants of marburgviruses (MARV) and the closely related Ravn virus (RAVV).

Since the outbreak, a vaccine based on engineered Vesicular stomatitis Indiana virus presenting EBOV glycoprotein (GP), and a post-exposure cocktail immunotherapeutic have shown success in clinical trials against EBOV (2,3). However, our inability to predicts the next outbreak strain makes these largely strain specific options problematic. Our group specializes in vaccines and therapeutics for biodefense and emerging infectious disease pathogens, and our mission has been to develop an immunotherapeutic and vaccine that would serve as a single solution to combat the multiple strains of Filoviruses.

Our recently published paper in Nature communications outlines a new immunotherapeutic cocktail that can protect against three predominant and highly pathogenic strains of Filoviruses; EBOV, SUDV and MARV (8). This paper is the culmination of over 7 years of research fueled by long-standing collaborations with Stanford University, Albert Einstein, USAMRIID, the Public Health Agency of Canada and the University of Maryland.

We set out to isolate Pan-Ebola and Pan-Filo monoclonal antibodies (mAbs) in 2012, by employing a unique prime-boost strategy in non-human primates (NHPs). The regimen consisted of 3 initial boosts with EBOV, SUDV and MARV GPs, the sole surface protein on the virus. The GPs were all engineered to lack the highly-variable mucin-like domain. We rationalized that removing this domain would skew the immune response towards the regions that were more conserved among the different strains. The final immunization was with virus-like particles, so the immune system would see the glycoprotein antigen presented in a conformation it would most likely encounter on native virus.

The first batch of mAbs from PBMCs were isolated 2015 in collaboration with Steven Fong’s group at Stanford using a yeast display system. Out of the 35 mAbs cloned and expressed, a single mAb stood out as being the most potent neutralizer of live EBOV virus which also happened to cross neutralize SUDV and to a lesser extent BDBV. In-vivo, FVM04 offered full protection the in mouse adapted EBOV model, and partial protection in the mouse adapted SUDV model. Epitope mapping showed that FVM04 targets the receptor binding site (RBS) of GP, the first RBS neutralizing mAb reported for ebolaviruses. We published the discovery and characterizations of FVM04 and its relatives in the Journal of Virology in 2016 (3).

In addition, we collaborated with Yuxing Li’s lab at the University of Maryland to isolate mAbs using a B cell sorting method. For this screen we focused on CD20+, IgM- cells that bound both EBOV and SUDV GP as probes. Post-doc Xuelian Zhao performed the cloning and antibody production, and obtained 17 EBOV and SUDV GP reactive, memory B cells with natively paired heavy and light chains from 6.6 x 106 PBMCs.  Of those 17 clones, only 12 expressed antibodies, and single mAb called CA45 was able to neutralize EBOV-, SUDV-, and BDBV-VSV pseudotyped viruses. We immediately dove into characterizing this extremely rare antibody and discovered through alanine scanning mutagenesis and CryoEM that CA45 also had a previously unreported target site, the arm of the internal fusion loop, which is critical for viral entry. CA45 also binds to both GP1 and GP2, probably locking the two subunits into a conformation that does not allow fusion.  In-vivo, CA45 protected mice and guinea pigs against EBOV and SUDV challenge and offered post-exposure protection of ferrets against BDBV.

It is believed that a potent immunotherapeutic requires antibodies that target both the apex and base of the glycoprotein. Furthermore, having a cocktail of antibodies is also beneficial in combating potential viral escape. The gold standard example of this is the cocktail ZMappTM which combines three antibodies 2G4, 4G7 and 13C6 (4). 13C6 binds to the top of the glycoprotein at the glycan cap, while 2G4 and 4G7 target overlapping epitopes at the base (5). In vivo, this cocktail offers 100% protection when administered 50mg/kg 3 days post infection (dpi) in NHPs (4). However, the major limitation of this treatment is its specificity towards EBOV.

Having that in mind, we combined our most potent antibody CA45 with a panel of other in-house mAbs from previous isolations including FVM04. We found that a combination of CA45 and FVM04 offered better protection that either mAb administered alone and we were able to show 100% protection in vivo using this Pan-Ebola cocktail (FVM04+CA45) in the SUDV mouse model, EBOV guinea model and the ferret model of BDBV infection. Detailed results of these finding were reported in Cell 2017 (6).

The following year, we demonstrated that our Pan-Ebola cocktail offered 100% protection against EBOV and SUDV live virus challenge in guinea pig adapted models, which are more stringent than the mouse model. We then progressed to NHPs and showed that our Pan-Ebola cocktail offered 100% protection in NHPs against live virus challenge when administered as a single dose 4 days post infection for EBOV and when given 4 and 6 dpi for SUDV. This work was published last week in Nature Communications. All BSL-4 containment studies were performed in either John M. Dye's Lab at USAMRIID, or at the Public Health Agency of Canada in the lab of Xiangguo Qiu.

Having established that we could obtain full protection with our Pan-Ebola cocktail, we set our sights higher on creating a Pan-Filo cocktail. We added Marburg specific mAb MR191, which has been shown to protect NHPs when given a 50mg/kg dose 5 and 8 dpi (7) to the CA45+FVM04 cocktail and demonstrated that we could further extend the breadth of protection to Marburg when all three antibodies were given 4 and 7 days post infection (dpi) for EBOV, or 4 and 6 dpi for SUDV and MARV, without loosing any of the previously seen protection (8).

In summary, we have successfully achieved our goal in creating a single immunotherapeutic that offers 100% post-exposure efficacy in NHPs against EBOV, SUDV and MARV. We are currently working on getting this cocktail into clinical trials while also launching a project to target Marburg viruses using a similar experimental approach.

If you would like a more detailed description of these experiments or would like to learn more about our company’s research, please follow the links below. http://www.integratedbiotherapeutics.com/ 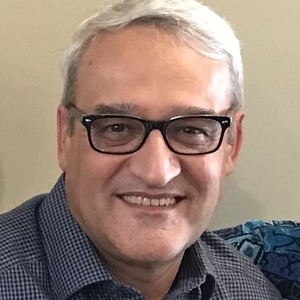