Parasite and free-living microorganisms express surface protein containing multiple CXXC motifs (where C is cysteine and X any other amino acid). We have taken advantage of the properties of these molecules to generate efective oral vaccines.

The protozoan parasite Giardia lamblia colonizes the upper small intestine of many vertebrates, but how Giardia survives within this harsh digesting environment is unknown. CXXC-rich Variant-specific Surface Proteins (VSPs) cover the entire surface of Giardia. These proteins are encoded by ~200 genes of the parasite genome, but only one is expressed at any time. Switching the expression of VSPs contributes to parasite escape from the host immune response.

Meanwhile, David Klatzmann´s team was working on the use of Virus-Like Particles (VLPs) as a vaccine platform against several viral infections (Belier et al., Vaccine 2009; Garrone et al., Sci. Transl. Med. 2011; Kirchmeier et al., Clin. Vaccine Immunol. 2014). Together we developed the innovative idea of combining the protective properties of Giardia VSPs with the immunogenic capabilities of VLPs for vaccination by the oral route. We thus generated VLPs decorated with both VSPs and a model surface antigen (i.e. Influenza virus HA). We showed that such VLPs, and not control ones without VSPs, resisted degradation and generated local and systemic, cellular and humoral responses to the flu antigen when administered orally to mice. The robustness of the immune response is emphasized by the fact that orally vaccinated mice were fully protected from a challenge with live Influenza virus and rejected growing tumors expressing HA. The molecular mechanisms explaining this successful oral vaccination are dual. Indeed, we showed that VSPs are not only resistant to proteolytic digestion under the conditions present in the upper small intestine, but also specifically activated TLR-4. Therefore, VSPs are not only protective but also show adjuvant properties.

Like Giardia, VSP-pseudotyped VLPs were stable at variable temperature, which can allow their use in remote areas of the world where vaccine refrigeration is impractical.

These results pave the way to produce stable and efficient oral vaccines that can circumvent the current trends of vaccine hesitance and refusal.

Our report can be found at https://rdcu.be/bhMTb. 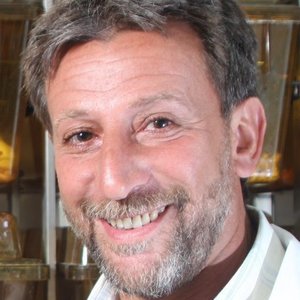