Prions have a bad press being largely implicated in fatal brain degeneration in humans and farm animals. It turns out that the ‘prion universe’ is much larger and the discovery of a viral protein that shows prion properties expands this universe to non-cellular life forms.

The term ‘prion’ is a widely used – and at times abused – term to describe a class of unusual infectious agents. Unusual because, although prions can be transmitted to a host cell where they multiply, they lack any nucleic acid component to facilitate this multiplication. Rather, a prion is a distinct conformation of a protein that can drive other conformational forms of that protein into its own 3D shape thereby propagating the ‘infectious conformation’.

Prions first emerged in studies of certain brain degenerative disorders of mammals. Yet by the mid-1990s it emerged that prions were not always associated with brain disease. This realisation came from the discovery of a prion-based mechanism exploited by two unusual genetic traits in the yeast Saccharomyces cerevisiae. Thus, speculation began as to whether prions might exist in other forms of cellular life. And now we have the first example of a prion encoded by a virus, a non-cellular lifeform (https://rdcu.be/bhMSy).  Yet in the 25 years since the first report of prions in yeast, there have been few reports of prions in other life forms. Why is this?

Our demonstration that a viral protein – the LEF-10 protein from a baculovirus - shows the properties of a prion illustrates the challenge one faces in seeking to identify proteins with a prion-forming capability. The availability of the sequences of different prion-forming proteins has certainly allowed the generation of computer algorithms trained to recognise the crucial ‘prion-forming domains’, but this is not of itself sufficient proof; it’s just a short-listing exercise. Yet the viral LEF-10 protein would have failed to make the short list although it does contain sequence features indicative of an amyloid-forming protein. This coupled with the previous observations by the Xu lab [Xu et al., PLoS ONE 11, e0154835, 2016] that LEF-10 can be found in the cytoplasm of infected cells as detergent resistant aggregates, firmly pointed to the possibility that LEF-10 was able to form a prion.

The ideal test bed to establish the prion-forming properties of a protein in the cell is a widely exploited reporter system based on the yeast prion-forming protein Sup35. The prion form of Sup35 protein gives rise to [PSI+], an unusual epigenetic trait that I studied in the late 1970’s as a PhD student in Oxford under the guidance of its discoverer Brian Cox. At that time, I concluded that [PSI+] had no nucleic acid basis, but could be a “self -perpetuating metabolic state” [Tuite, M.F. DPhil Thesis, University of Oxford, 1978]. Sup35 has a well-defined prion-forming domain and replacing that with another sequence – in our case the LEF-10 protein and truncated and mutated derivatives thereof – readily establishes the ability (or not) of the introduced sequence to drive prion formation and subsequent propagation in the living cell. LEF-10 passed this test.

Baculoviruses do not of course infect yeast; their natural hosts are insects. So it was important to further validate the hypothesis that LEF-10 can behave as a prion-forming protein in insect-derived cells. This was achieved by the Xu lab who amongst other things, demonstrated a clear correlation between the appearance of LEF-10 aggregates and an inhibition of viral gene expression, the consequence of LEF-10 aggregation.

The discovery of a viral prion expands the prion universe to now include non-cellular life forms. It remains to be seen if other viruses exploit this novel mechanism for modifying gene expression or indeed how many other stars there are in the prion universe. 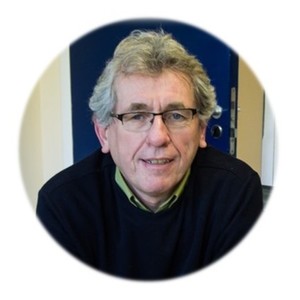