Hepatitis C has become increasingly prevalent amongst potential organ donors due to the ongoing opioid crisis and until recently these organs were not used for transplantation due to universal transmission and poor post-transplant outcomes. We became interested in this subject in 2015 after one of our patients was dying from respiratory failure waiting for a suitable donor lung when an offer from a Hepatitis C + donor came to us. After speaking with the patients’ family we decided to proceed with transplantation which saved this person’s life (Khan et al, American Journal of Transplantation 2017). There were two interesting aspects to  this clinical case. First, we treated the donor lung using a method called normothermic ex vivo lung perfusion (EVLP) in order to optimize lung function prior to transplantation (Cypel et al, New England Journal of Medicine 2011). This process keeps the lung alive on a perfusion circuit outside the body.  Keeping the organ under active perfusion for a few hours decreased the hepatitis C virus (HCV) level in the lungs by about 70-80%. Secondly, we treated the patient with new direct anti-viral agents (DAA) for 3 months shortly after the transplant without any complications, ultimately leading to complete cure of HCV.  The patient ended up with new lungs and HCV-free.

After these observations we went back to the lab to investigate different approaches to eliminate/inactivate the virus using the EVLP platform. We initially discussed whether delivering the DAAs to the EVLP system could have an effect in inactivating the virus in the lungs, however after discussions with our hepatologist and co-investigator Dr. Feld, it was felt that this approach was unlikely to work  since the mechanism of these drugs relates to interruption of viral  replication which is not thought to occur in HCV within the donor lung tissue.  The virus is likely a ‘bystander’ in blood and other fluids in the lung. In reviewing HCV susceptibilities in the literature, Dr. Galasso found the virus to be rapidly inactivated by light-based therapies such as ultra-violet C light (UVC) and this strategy had been applied previously in blood banks to sterilize blood products. We then developed a light delivery device that could be applied to the lung perfusion system in order to “sterilize” the lungs during the ex vivo preservation period prior to transplantation. Our results published in Nature Communications (https://rdcu.be/biZjb) today demonstrate that UVC and photodynamic therapy (PDT), another light-based treatment, are very effective to inactivate HCV in donor lungs. The treatment reduced the viral level but more importantly made any remaining virus non-infectious.  Such treatments were also proven to be safe in a pig lung transplant model.  While the light-based therapy completely prevented infection in cell culture, we are still uncertain of whether some infectious virus still remain in the lungs. Likely ‘yes’ for UVC (since it treats the perfusion fluid but does not treat the organ itself) but possibly ‘no’ for PDT where the therapy also targets the whole organ. We plan to obtain these answers in ongoing clinical trials. If effective, this may be a game changer in transplantation by providing a new and safe source of organ donors without the need for post-transplant treatments with their risk of drug interactions, and the small risk of developing liver dysfunction in recipients. This approach can also be applied to other transplanted organs, potentially making a lot of otherwise very healthy organs useful for transplantation.

Illustration made by Roxanne Ziman (www.roxanneziman.com) 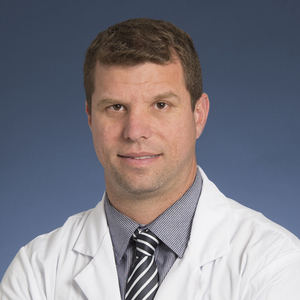