When I joined the lab of Lars Dietrich at Columbia University for my postdoc, I wanted to study how bacteria living in dense communities called biofilms interact with each other. Biofilms are very interesting structures, containing billions of cells and steep resource gradients, but they are also tricky to study - within a couple of micrometers, environmental conditions and cell physiology can change drastically, for example when oxygen becomes depleted.

The Dietrich lab is interested in the physiology of colony biofilms formed by the pathogen Pseudomonas aeruginosa, which produce copious amounts of redox-active pigments called phenazines. Though phenazines have traditionally been viewed as secondary metabolites, recent studies had suggested that these compounds have beneficial effects under the hypoxic conditions that occur in biofilms. To begin to study this phenomenon, I tested the effects of antibiotics on wild-type and phenazine-null biofilms and found that phenazines promoted antibiotic tolerance. Because numerous studies have linked antibiotic tolerance to physiological state, I next wanted to test whether phenazine-dependent tolerance was related to metabolic activity. However, directly visualizing the metabolism of biofilm cells in situ was not yet possible due to a lack of methodology. Even more importantly, the physiological benefit of phenazine production in biofilms had not yet been directly demonstrated.

Looking for a non-disruptive way to monitor metabolic activity within colonies, Lars and I started a collaboration with Professor Wei Min and his Ph.D. student Fanghao Hu from Columbia’s Chemistry Department, eventually leading to our manuscript just published in Nature Communications. Wei’s group had developed a cutting-edge imaging method called Stimulated Raman Scattering (SRS) to study the metabolic activities in eukaryotic cells and tissues. Applying Raman microscopy to biofilms was new to all of us. During our discussions, it became clear that our collaboration would both expand the known capabilities of SRS microscopy and address open questions in biofilm biology. We grew P. aeruginosa colonies on media containing the stable isotope deuterium and mapped the metabolic activity of cells inside these biofilms using SRS. SRS imaging can show how deep in the biofilm cells are able to incorporate deuterium into biomass, i.e. maintain metabolic activity – allowing us to determine whether phenazine production and/or antibiotic treatment affect this distribution.

Following our initial discussion, we spent two years on method development and data acquisition (highlights include balancing tiny, wobbly colonies onto microscope slides). Detailed interdisciplinary discussions, joint lab meetings, and a lot of support and collaboration from fellow lab members helped us to form a bridge between the worlds of chemistry and microbiology and produce an exciting story. Interestingly, our collaborative approach mirrored the collaboration in the bacterial communities we were studying. As we show in the paper, we found that the secretion of phenazines indeed promotes metabolic activity in a hypoxic biofilm subzone and influences the metabolic response to antibiotic treatment for cells in biofilms. Further, we were able to use SRS imaging of stable-isotope incorporation, previously mainly employed for single-cell experiments, as a valuable tool for quantifying the heterogeneous biosynthetic activity in bacterial communities. The findings we describe in our paper demonstrate the physiological complexity of biofilms and directly show the impacts of a secondary metabolite on biosynthetic activity and antibiotic tolerance. 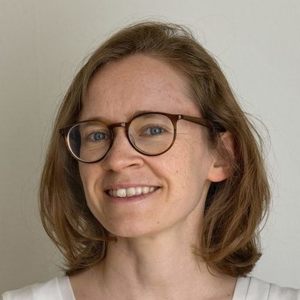