Unicellular organisms show significant cell-to-cell phenotypic heterogeneity even when sharing the same genes and living in the same environment. This variability results from differences in gene expression that either underlie dynamic cellular states or result from the noisy nature of biochemical reactions. Heterogeneity in gene expression affects population survival and evolution in response to external challenges. This is because slight changes in transcriptome composition could confer competitive advantages under unexpected conditions, a phenomenon often referred to as “bet-hedging”. It is therefore very important to understand the extent and nature of gene expression heterogeneity of microbial communities and its plasticity in ecological or therapeutic settings.

This is not an easy task though, as it requires interrogating changes in gene expression in single cells, ideally in a genome-wide manner. This is especially challenging for microbial cells as these have resistant cell walls and very small numbers of mRNA transcripts. We have recently overcome these difficulties and used single cell RNA sequencing (scRNA-seq) to explore in an unbiased way transcriptional heterogeneity of the fission yeast Schizosaccharomyces pombe as a function of cellular states and external challenges. scRNAs-seq data have a lot of technical errors and missing values, we therefore also developed a bespoke statistical approach to correct for these biases

What could we learn with this approach? First, we have found that during rapid growth under optimal conditions, gene expression heterogeneity is defined mainly by signatures from cell-cycle periodic genes with very little contributions of the stress and adaptation programme. During evolution of the culture, this held true up to a critical cell density where a strong heterogeneity in expression of the core stress adaptation programme appeared within the time of a single cell cycle. Looking closer at our data we noticed that cells had not been caught unprepared and had gradually, but synchronously regulated the gene programmes supporting growth and adaptation. This told us that gradual changes in the environment could generate both synchronous and heterogeneous responses depending possibly on the concentrations of key nutrients such as glucose. We then tested another set on conditions where this time cells were subjected to a strong and acute heat-shock. Here the result was different, the transcriptional stress response was strong and perfectly synchronous and no heterogeneity whatsoever could be detected neither during the acute nor the following recovery phases. This told us that an acute environmental challenge is not necessarily a source of transcriptional and phenotypic heterogeneity.

Another aspect of our work was to understand better the connection between transcription heterogeneity with cellular phenotypes. To do this we compared each single cell transcriptome to the size of its cell of origin. By doing this, we could order the cells as a function of their progression during the cell cycle without relying on scRNA-seq data. This orthogonal approach led us to discover signs of a metabolic cycle synchronous with the cell cycle, as well as genes with expression regulated as a function of cell size but not cell cycle stage.

Overall, this work only just started to scratch the surface of the many variations in transcriptome composition of this unicellular eukaryote, highlighting the potential of single cell transcriptomics approaches for research in microbiology. 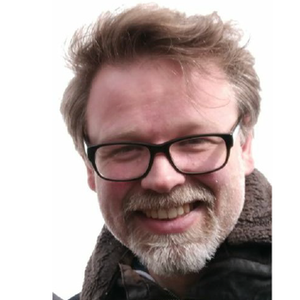