As scientists, we often get bogged down in the endless pursuit of results we think will lead to high-impact publications and help secure research funding. Naturally, this can influence the research projects we prioritise and make it more difficult to explore the unexpected and perplexing observations that periodically arise in the laboratory.

Our most recent discovery, detailed in the Nature Communications paper just published, started several years ago when Dr. Jessica (Jess) Sheldon, then a doctoral student in Dr. David Heinrichs’ laboratory, was generating mutants in Staphylococcus aureus. This bacterium is a notorious human and animal pathogen that causes a variety of different conditions, including life-threatening pneumonia, endocarditis (heart infection) and sepsis; varieties of this bacterium can be antibiotic resistant, exemplified by methicillin resistant S. aureus (MRSA). Jess observed that some of her mutants severely aggregated when grown in the presence of serum. This aggregation, or “clumping”, hadn’t been seen before and, although shortly thereafter Jess would leave the lab to commence post-doctoral work, her observation peaked Dr. Heinrichs’ interest enough that he decided to pursue the observation. Dr. Heinrichs spent a lot of time at the bench over the next 8 months and, with the help of various students, discovered that the phenotype was due to the unanticipated selection for spontaneous off-target mutations in the S. aureus genome. All mutations occurred in the purR gene encoding the repressor of purine biosynthesis. Purines are chemicals that are essential for DNA synthesis and energy generation. Working closely with Dr. Ron Flannagan in the lab, Dr. Heinrichs further showed that, curiously, inactivating mutations in purR caused S. aureus to become highly virulent in mouse models of infection. The lab spent the next year exploring different aspects of purR and S. aureus biology and the link to hypervirulence. Working side-by-side with undergraduate student Brigid Sterling, Dr. Heinrichs linked the clumping phenotype in purR mutants to the requirement for fibronectin binding proteins (FnBPs) in S. aureus.

Dr. Mariya Goncheva, a PDF who arrived in the lab in late 2017, took over the project, and began to puzzle out the relationship between PurR and FnBPs and how they were contributing to differences in the ability of S. aureus to cause severe disease. She spent the next year or so figuring out that PurR in fact represses expression of FnBPs, and this dampens the pathogenic potential of S. aureus; purR mutants result in aberrant overexpression of FnBPs, causing the cells to aggregate with fibronectin in serum and this correlates with hypervirulence. Indeed, there was protection from purR hypervirulence with anti-FnBP antibodies, which provides new insight into S. aureus infection in humans and how prior exposure can be beneficial.

So, PurR, as it turned out, is a newly-identified regulator of FnBP expression, and this is surprising given how intensively FnBPs have been studied over the years. This finding is also evidence of a yet another link between bacterial metabolism and virulence, an increasingly important area of microbiology. Finally, we believe it prudent to remind ourselves to pause at times in our research and really make careful note of unexpected phenotypes or results, as this can sometimes lead us down a path to the most exciting discoveries. 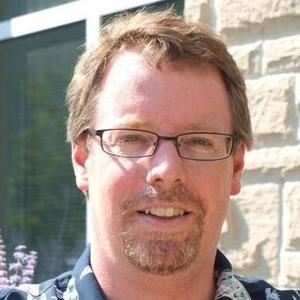 Congratulation for innovative work, MRSA continues to be most complex to understand  treat and eliminate however your research can help many other options to treat better