Individuals who have the ability to control HIV-1 to undetectable levels either naturally in the absence of antiretroviral treatment (ART) (elite controllers), or those who achieve this after starting ART early in infection and later stopping ART (post-treatment controllers) – tell us that HIV remission is possible. This study describes virological and immunological features associated with a single case of durable post-treatment control of HIV-1 in a young South African child.

Looking back, in a cohort of 411 children, enrolled as part of a clinical trial called CHER (Children with HIV Early Antiretroviral Therapy) which started in 2005, unbeknown to anyone there was one unique child who has answers that we seek to help understand why some individuals can achieve durable virological control off ART. Because at the time all decisions around provision and interruption of ART were based on CD4% and clinical criteria, viral loads were only determined much later - allowing this case to be hidden from view for a long time. This young child captured the imagination of the world when first presented at the 9th International AIDS Society Conference on HIV Science in Paris, July 2017. https://theconversation.com/hiv-remission-the-quest-to-turn-lessons-from-exceptional-cases-into-solutions-86787

In early 2017 - at the time when we started intensely studying this child, he was 9.5 years of age, and was HIV-negative on all standard diagnostic tests (no detectable HIV-specific antibody, viral load or cell-associated DNA). First found positive by DNA PCR at one month of age, high viral loads were measured before treatment began at 8.5 weeks of age. After 40 weeks of ART, the child stopped treatment and maintained normal-for-age CD4 counts and undetectable viral loads for 8.75 years. Until today, a further 2 years on, this has not changed.

But what makes this child so different? How do we study a single case and get meaningful data that provides insights that are informative? Will we ever be able to come up with those crucial answers?

We took a systematic approach, demonstrating with more sensitive methods that residual virus is in fact being produced and detectable in blood plasma, a small reservoir of cell-associated HIV DNA is detectable and the virus is clade C.  We have not been able to find replication-competent virus. We think the virus may be defective for further replication. We did however find evidence of immune responses to HIV-1 – a weak CD4 T cell response to Gag, some weak HIV-specific antibody responses and a very substantial IgA2 response to gp41. He has a high CD4:CD8 ratio, low CCR5, and low immune activation, all features supporting a healthy immune system similar to uninfected controls. An intriguing finding is high PD-1 expression on his T cells, which does not appear to be a consequence of immune exhaustion (as is generally associated with high levels of activation). Ongoing work will explore this phenomenon further. Aside from the host genetic features described in our paper (HLA and KIR genotypes), we will continue detailed exploration of the child’s genome.

Ultimately, we want to map out what has happened over time – from the early period when virus was clearly actively replicating, to the now quiet immune system that seems to have accomplished it’s task. The scarcity of early samples provides a major challenge to getting that crucial information, warranting a very careful approach to maximize what we can learn from this remarkable case. Going forward we also need to compare this child with other early-treated HIV infected children.  Unravelling the mechanisms involved in this remarkable case will provide further insights into the phenotype of post-treatment control. 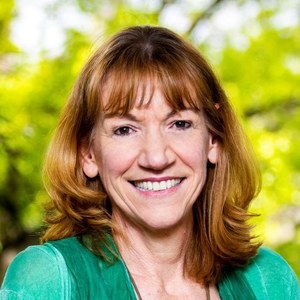