A Not So Stable HIV Reservoir

How HIV reservoirs are shaped over time on antiviral therapy is poorly understood.  Here, the authors evaluate the dynamics of the HIV reservoir by longitudinal proviral sequencing.  Their work suggests that HIV reservoir expression can contribute to its clearance and possibly even to its persistence.

Adherence to antiretroviral therapy typically maintains viral load below the detection limit of diagnostic assays – greater than a 1000-fold reduction in circulating virus as compared to levels during chronic infection. However, even after prolonged adherence to ART, a reservoir of infectious HIV remains and can reseed infection should antiretroviral therapy be halted. The mechanisms by which the HIV reservoir persists in patients on ART is not yet fully understood. Many researchers are exploring mechanisms to enhance HIV expression from the latent reservoir with the underlying assumption that persistence is due to lack of reservoir expression. My group has been focusing our efforts on studying the portion of the reservoir that is expressed. Our overarching hypothesis is that the reservoir is in large part visible over long stretches of time, but only a fraction is visible at any moment in time. Over many years we used arduous methods to try to demonstrate reservoir visibility using flow cytometry and microscopic methods. Our results were suggestive, but not compelling, as cells harboring HIV proteins were extremely rare — one out of a million cells — a frequency too low to definitively distinguish from non-specific antibody staining.

In an effort to overcome this technical limitation with protein expression, we turned to a method that interrogated the DNA sequence of HIV genomes. By monitoring the relative abundance of HIV variants in longitudinal patient samples, we sought to determine if we could identify selective pressures that would suggest HIV protein expression from the reservoir. We made a massive effort to sequence hundreds of HIV proviruses longitudinally over many years in two chronically infected individuals. By sequencing HIV proviruses, we identified both functionally-intact and defective HIV genomes. Prior work demonstrated that the majority of proviruses contained large deletions, making them defective, and that intact, replication- competent proviruses could be identified by the presence of key genetic elements as well as intact open reading frames (ORFs). When tracked over time, we found that the population of intact proviruses was cleared over time at a faster rate than the defective proviruses. However, in fitting a model for decay to our data, we noticed that certain late time-points trended upwards instead of downwards. After phylogenetic analysis we demonstrated that sporadic clonal expansion of intact provirus accounted for bumpy decay. In fact, if we minimized the effects of clonal expansion by counting clones only once, the first time they appeared, the fit to the decay curves improved and followed exponential decay. Overall, our work suggests that immune pressure continues after ART initiation and varies between patients.

We next asked if we could identify selective pressure against a given HIV protein among the defective proviruses, inferred from a decrease in the relative abundance of its intact ORF. We performed this analysis for each HIV protein, and unexpectedly only found evidence for selection against proviruses containing intact Gag, which is known to be less toxic than most other HIV proteins. Furthering our analysis, we searched for the presence of genetic elements important for HIV expression, such as splice sites. We combined these analyses to determine if we could identify patterns of selection. We labeled proviruses with 3’ deletions red and proviruses with 5’ deletions blue (SEE FIGURE). An immediate pattern, based on relative abundance, emerged from the deletion map: proviruses with 3’ deletions tended to contract (red), while the 5’-deleted proviruses (blue) tended to expand over time. Moreover, among the

Figure 1: Longitudinal proviral sequencing reveals two opposing forces both related to HIV transcription. The majority of defective proviruses contain large deletions. To study selective forces on defective proviruses, we generated deletion maps for Subject 1 at two time points separated by 7 years. To do this, we aligned the defective proviral sequence to a wildtype full length HIV genome. In this manner the deletion site is identified as a gap in the colored provirus. We categorized the proviruses into 4 color coded groups based on the presence or absence of two critical HIV donor splice sequences D1 and D4 as well as hypermutants. (The key at the top of figure defines the color code for each category.) The background of the deletion map is color coded to signify the beginning and end of the gag and pol ORF. The frequency of proviruses that had the potential to express HIV Gag is denoted at the left-hand side of the figure.

The fact that every canonical splice product of HIV utilizes splicing via D1 likely reflects a mechanism for insuring that every spliced product has the same 5’UTR to facilitate efficient protein expression. Therefore, it follows that the presence of D1 likely enhanced negative selection by retaining the canonical 5’UTR in mRNA transcripts. Supporting this hypothesis, we found 5’-deleted proviruses (D1-D4+, blue) increased over time. Meanwhile hypermutants (purple) and D1-D4- (yellow) remained relatively constant. Taken together, we hypothesize that D1+D4- (red) proviruses could express HIV proteins efficiently and so were negatively selected while D1-D4+ (blue) proviruses were likely less efficient at protein expression and they retained the ability to splice and could potentially splice to downstream genes. An alternate explanation may be that a strong CTL response to Gag provides strong clearance pressure on red proviruses while all blue proviruses contain Nef which provides a mechanism to evade immune clearance by downregulating MHC.

Our data showed that clonal expansion impacts reservoir dynamics, and so we sought to determine how efficiently D1 and D4 spliced to downstream exons. We found 1 in 3 D4 splice junctions were fused to a downstream human exon while only a small fraction of D1 splice junctions contained human exons. This suggests that a stronger propensity to splice to

downstream exons may also play a role in clonal expansion. Moreover, a significant fraction (~10%) of HIV proviruses at any moment in time were expressed as HIV RNA in our study (consistent with Weigand JVI 2017). Thus, our results suggest that transcription of HIV RNA from the reservoir can lead to two opposing forces: (1) protein expression which can lead to HIV clearance and (2) aberrant splicing which can lead to enhanced expression of a downstream human exon. This aberrant splicing could on occasion result in increased expression of pro- mitotic genes. In this manner, HIV expression could contribute to its clearance and persistence simultaneously. Our results call into question the validity of shock and kill approaches and suggest targets that may inhibit clonal expansion or aberrant splicing. 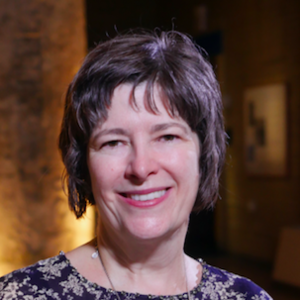