Check out how we are developing an alternative, streamlined method for manufacturing pneumococcal conjugate vaccines all within the lab safe, bacterium E. coli…

Vaccines are a hot topic these days. Immediately, the anti-vaxxers movement comes to mind, but as a scientist, I tend to focus on the positives like how vaccines save lives.

Vaccines come in many different flavors, such as, live attenuated or subunit vaccines; however, my research and that presented in our recent manuscript, focuses on glycoconjugate vaccines. Glycoconjugate vaccines are composed of a polysaccharide (usually a bacterial capsular polysaccharide) covalently attached to an immunogenic protein. As a broad generality, polysaccharides alone are not used as vaccines in children under 2 because they fail to provide immunity; however, when polysaccharides are covalently linked to a protein, they become effective vaccines in all age groups, including kids. This is best exemplified by the first glycoconjugate vaccines commercially developed against the type B capsular polysaccharide of Haemophilus influenzae (Hib). After their introduction in the late 80s and early 90s, invasive Hib disease almost disappeared in the U.S. pediatric population. The US also has approved glycoconjugate vaccines for some capsular serotypes of Streptococcus pneumoniae. If you live in the U.S., you’ve probably seen the commercials for Prevnar 13, a pneumococcal conjugate vaccine that protects against 13 different serotypes. By the way, Prevnar 13 is Pfizer’s bestselling drug for the last four years (~$24 billion).  While very effective, Prevnar 13 only protects against 13 of the more than 97 serotypes of pneumococci.

So, the big question is, why don’t we have broader and more affordable pneumococcal conjugate vaccines? One reason is that these vaccines are very difficult to manufacture, relying traditionally chemical conjugation methods.

As an alternative, we and others have been developing technologies for the in vivo conjugation of polysaccharides to proteins. This methodology, commonly referred to as bioconjugation, is performed completely within E. coli and relies on an oligosaccharyltransferase (conjugating enzyme) to transfer a fully assembled polysaccharide to a protein carrier. In general, bioconjugation is a streamlined, less costly method for manufacturing glycoconjugate vaccines, which is good news when thinking about accelerating their development. While bioconjugation has been employed for over a decade to develop vaccines against a handful of pathogens, it has some limitations.

One limitation revolves around the range of polysaccharides that can be enzymatically conjugated. Prior to our publication, there were only two conjugating enzymes used for bioconjugate vaccine development; however, neither of these enzymes are capable of transferring most pneumococcal capsular polysaccharides to proteins. Thus, bioconjugation did not seem like a practical platform for pneumococcal vaccine development.

In our manuscript, we present data on a new class of conjugating enzyme, called PglS, that can conjugate the pneumococcal polysaccharides to carrier proteins that are incompatible with other enzymes. While still in its early stages, we believe our findings are very encouraging for the development of a broader pneumococcal vaccine that protects against many serotypes and most importantly, is affordable as this entire process is performed within E. coli using recombinant techniques. This new enzyme has filled a technological gap and if fully developed, along with other bioconjugation technologies, could help usher in a new generation of effective and affordable conjugate vaccines. 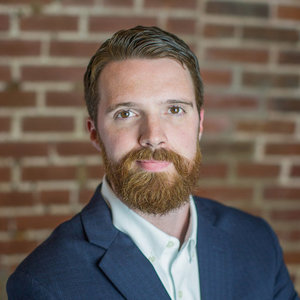